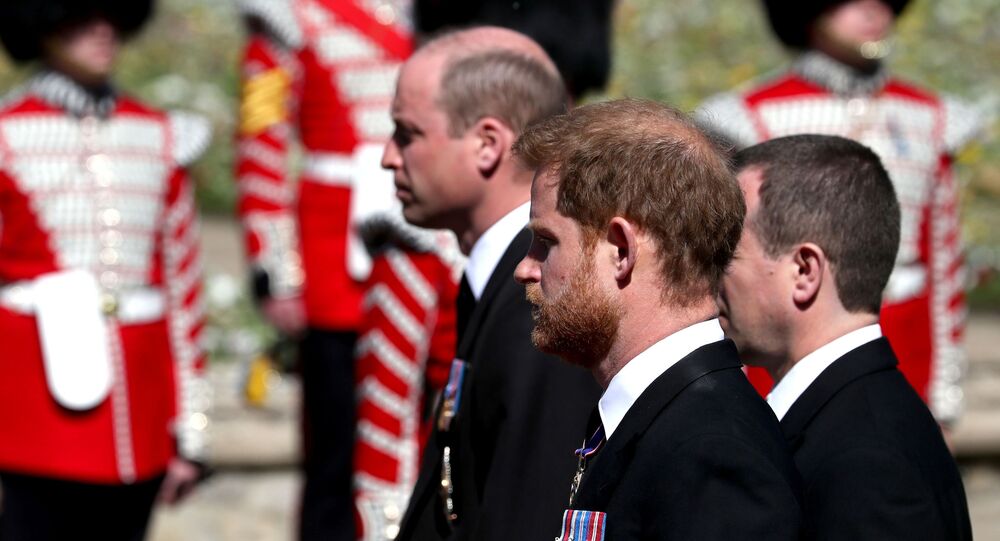 The Duke of Sussex is now apparently back in the United States to reunite with pregnant wife Meghan Markle. But did he really have time, or a chance, to discuss all the outstanding issues plaguing him and his family before his departure? Palace sources are not sure.

No “meaningful conversations” have taken place between Prince Harry and senior royals, insiders told The Sun, claiming that the delay has been caused by worries that there are “constant leaks from the Sussex side”.

Photos showing Prince Harry’s car leaving Los Angeles Airport’s private terminal and then arriving at the Sussexes’ Montecito mansion suggest that the duke has returned to the US since attending Prince Philip’s funeral on 17 April.

He and his family members had a lot to discuss while he was in the United Kingdom – including his bombshell interview to Oprah Winfrey and some of the controversial claims he and wife Meghan made concerning alleged “racist” inclinations in the palace. The Duke of Sussex also said his brother Prince William and father Prince Charles were “trapped” in the royal institution – something the two future kings, he claimed, did not enjoy at all.

Harry and William were spotted talking shortly following the funeral service after Kate Middleton had approached her brother-in-law. This has given a lot of hope to observers that the royal feud was now behind them. Harry, William, Kate and Prince Charles then reportedly held a family summit to discuss the troublesome situation and their dissatisfaction with the Sussexes’ free ride with the media.

But all of the participants were reportedly concerned about having any “clear-the-air” discussions with the newly-established LA expatriate. The reason: his phone calls with Prince Charles and Prince William following the Oprah ‘tell-all’ were soon described as “unproductive” by the Sussexes’ friend Gayle King as she knew it all, as well as the stream of reports coming from the media while the Duke of Sussex was in London and shortly after his return back to the US.

© REUTERS / POOL
Britain's Prince William, Duke of Cambridge, Britain's Prince Harry, Duke of Sussex and members of the Royal Family walk behind the hearse on the grounds of Windsor Castle during the funeral of Britain's Prince Philip, husband of Queen Elizabeth, who died at the age of 99, in Windsor, Britain, April 17, 202
As such, Harry and Meghan’s friend and co-author of their ‘tearful’ biography Finding Freedom, Omid Scobie, was ready to reveal all the details about the duke’s homecoming trip, obviously citing “sources”:

“Saturday broke the ice for future conversations but outstanding issues have not been addressed at any great length,” he said about the funeral service.

“The family simply put their issues to one side to focus on what mattered.”

Scobie also alleged that Prince Harry met the Queen “at least twice” during his time back home.

So it’s no surprise that there are concerns among palace aides that any discussions among the royal family members could easily end up in the media.

Prince Harry is still expected to come back home in the summer to unveil  a statue of his and William’s mother, Princess Diana, on 1 July. There is a chance that more productive talks will be held the, but who knows.