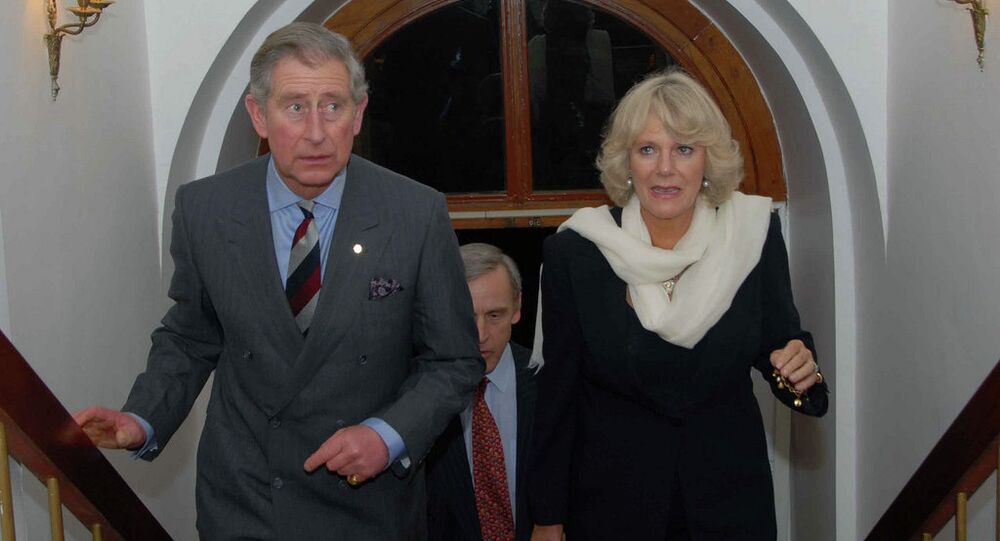 Amid posts mourning the death of Prince Philip, the Duke of Edinburgh, who died on 9 April at the age of 99, a man who believes the deceased royal is his grandfather recently uploaded more intriguing photos to his Facebook page that have attracted almost 8,000 followers.

A UK-born Australian man claiming he is the secret love child of Prince Charles and Camilla, Duchess of Cornwall has shared a photo he believes is compelling "proof" of his links to the royal family.

Sharing a side-by-side image of his son Liam and Queen Elizabeth II when she was in her 20s, on h is Facebook page, Simon Dorante-Day says he was “blown away” by the stunning similarity.

“Elvie (his wife) and I feel like we see many members of the Royal Family in our children, but this one was an eye opener,” he told 7NEWS.com.au.

“Yes can see resemblance. Also lots of other people from all sides. Prince Philip's family. Also the royal family. I think you have same type of features as Philip,” one woman wrote.

Another comment hoped the “truth” would finally “come out”.

“Too many similarities between yourself, your children and others for it to be a mere coincidence or conspiracy theory,” quipped another netizen.

Aussie on a Quest

Currently a resident of Queensland, the 55-year-old father of nine has long claimed that he was conceived in 1965 when Charles was just 17, and Camilla 18.

The engineer, born in Gosport, Hampshire, the UK, in April 1966 and adopted at 18 months, insists his adopted grandmother told him "many times" he was Charles and Camilla's child.

Furthermore, he claims his adoptive grandparents Winifred and Ernest worked as a cook and gardener for the Queen and Prince Philip.

After dropping numerous hints, according to Simon Dorante-Day, his adopted grandmother confirmed the “truth” of his lineage on her deathbed in 1998.

“The first thing I did was find out if it was possible… where were they? What was going on at the time?” said the man, who is supported on his “quest” to prove his claims by legal aides and his wife, Dr Elvianna Dorante-Day.

The stunning mystery of his birth, claims the man, would never have been revealed if it wasn’t for the death of Princess Diana in 1997.

© AP Photo / Herman Knippertz
The Princess of Wales is pictured during an evening reception given by the West German President Richard von Weizsacker in honour of the British Royal guests in the Godesberg Redoute in Bonn, Germany on Monday, Nov. 2, 1987

“We believe that Diana knew of my existence and that she had put the pieces together. I think Diana was at a point where she was finding out answers about her life, how she was wronged, and she was going to go public with it,” he told New Idea in 2019.

© AFP 2021 / Andrew Millighan
Prince Charles and his wife Camilla meet well-wishers at Crathie Parish Church in Aberdeenshire 10 April 2005 in their first public engagement since becoming husband and wife. Prince Charles, known as the Duke of Rothesay when in Scotland and Camilla, Duchess of Cornwall were greeted with a round of applause by the hundred or so onlookers on their arrival at the church.

The man went as far as to file papers to the Australian High Court in an effort to compel the Duke and Duchess of Cornwall to take a paternity test.

“It’s my international right to do that. That will be the next step,” he told the TODAY show.

To this day, the Aussie ‘love child’ is waiting for the royals to officially respond to his claims.