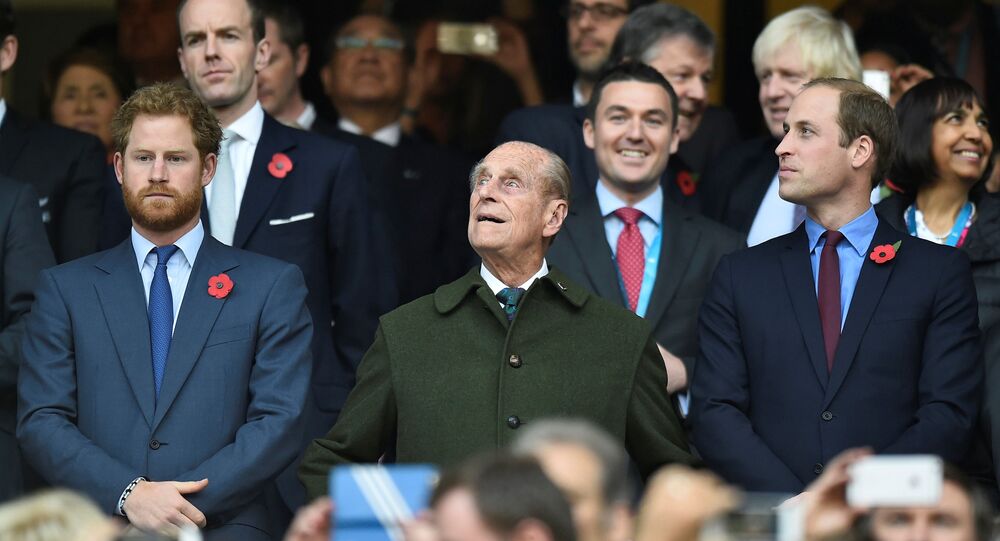 After the Duke of Edinburgh died peacefully on 9 April at Windsor Castle, his grandsons Prince William and Prince Harry moved on to share their heartfelt tributes to their deceased grandfather. According to William, the Queen’s husband of 73 years had a “mischievous sense of humour”, as well as a taste for adventure that was “infectious”.

Prince Philip is being hailed by royal historian Robert Lacey as “crucial” in “helping coach William as a future king”.

The author of the book Battle of Brothers told the People that it was Prince Philip’s idea to set up lunches between the Queen and Prince William, who is next in line after his father to ascend the throne after the death of Her Majesty.

“When the time came for the Queen to talk business with William, Philip would quietly excuse himself because he didn't feel that the constitutional side of the Queen's job was something he wanted to interfere in,” Lacey said.

In a tribute to Prince Philip, which William released on 12 April just few days after the Duke of Edinburgh had died at Windsor, the future king marked how his grandfather has guided him by “example” and was always there in “good times and the hardest days”.

© REUTERS / Alastair Grant
ritain's Prince William, Duke of Cambridge and Prince Harry, Duke of Sussex walk behind the hearse on the grounds of Windsor Castle during the funeral of Britain's Prince Philip, husband of Queen Elizabeth, who died at the age of 99, in Windsor, Britain

But his message seemed reserved compared with that of his younger brother Prince Harry, who praised his grandfather for having been a “legend of banter” and “master of barbecue”, as well as a sarcastic reference to beer in his tribute.

According to another royal biographer Penny Junor, this can be explained by Harry’s “much more relaxed character” that allowed him to be “able to bring in the more frivolous memories of his grandfather.”

Meanwhile, the Duke of Sussex “very much got his sense of duty and active service from his grandfather," Junor suggests. She adds that Prince Philip was still able to pass on “elements of the serious and the fun" to both of his grandsons.

Despite rumours of a royal fraternal rift, Harry and William were spotted chatting peacefully shortly after Prince Philip’s funeral on 17 April. They did not walk with each other during the procession itself, which Lacey believes was a “mistake” from the organisational side. But still, the author says that he was “pleased” to see two brothers spending time together after the event: “it all seemed so totally natural, and they drifted to each other like the old days."

However, Prince Harry is now believed to have returned to LA to be with his heavily pregnant wife Meghan. It's felt that his departure was somewhat precipitate and that he ought to have spent a bit more time in the UK with his family trying to tackle the troubling problems that have caused the royal family to drift apart in the years since the Sussexes got married.