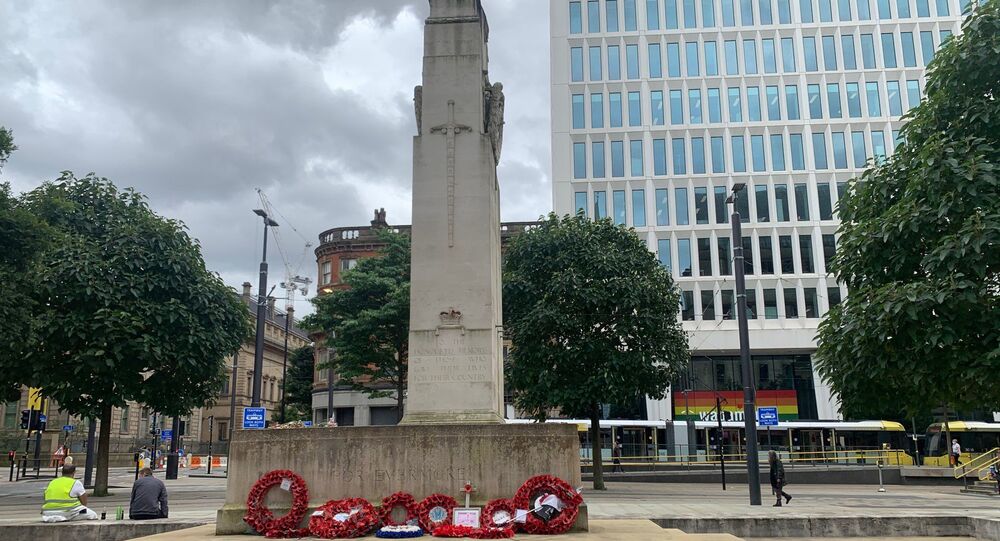 In the First World War the British Empire ruled the Indian sub-continent and large chunks of Africa and the Caribbean. Tens of thousands of soldiers from these lands fought for Britain and many lost their lives.

The Commonwealth War Graves Commission has apologised after a report found the bodies of black and Asian soldiers and sailors were not properly buried or commemorated due to "pervasive racism."

The report said that while white officers were given headstones in cemeteries all over the world the black and Asian troops serving under them were often buried in unmarked graves.

Labour MP David Lammy, who highlighted the issue during a 2019 television documentary, called the publication of the report a "watershed moment."

The report found at least 116,000 Egyptian, Indian or black African soldiers "were not commemorated by name or possibly not commemorated at all” but said the figure could be as high as 350,000.

The director general of the Commonwealth War Graves Commission, Claire Horton, said the report made for “sobering” reading and she said although the circumstances straight after the First World War had been “challenging” that was “no excuse”.

“It was wrong then, and it’s wrong now,” she said.

She said they would be making efforts to rectify the omissions and to recognise the contribution made by black and Asian service personnel.

The Defence Secretary, Ben Wallace, gave a statement in the House of Commons on Thursday, 22 April, in which he said: "The First World War was a horrendous loss of life. People of all class and race, from all nations, suffered a great tragedy, which we rightly commemorate on Remembrance Sunday."

He added: "What emerged from that atrocity was a belief by the survivors that all those who lost their lives deserved to be commemorated."

This is a watershed moment that shows the Commonwealth War Graves Commission finally recognises its failure to treat Black African and other ethnic minority soldiers who served for Britain in the First World War with the dignity afforded to everyone else.https://t.co/1MEeFBZPpi

​The commission published a statement in which it said: “Ultimately, many of these errors and attitudes belonged to departments of the British Imperial Government, including the War Office and Colonial Office.”

The Special Committee, chaired by Sir Tim Hitchens, said: "Though there were clearly unique challenges and difficulties faced on some of the battlefields outside of Europe, there is also evidence that many casualties in these regions were denied named commemoration where it was possible, and some were deliberately treated differently. In short, these men were deprived of the equality in death promised by the Imperial War Graves Commission and of the opportunity for their story to be told."

The commission said new war  memorials which bear the names of all who died, have been built in Hong Kong, Nigeria and across the Middle East but they said more needed to be done to recognise the contribution of troops from all corners of the empire.

British Empire troops fought German soldiers and their African followers in what is now Namibia, Tanzania, Cameroon and Togo, all of which were the Kaiser’s colonies at the start of the war.