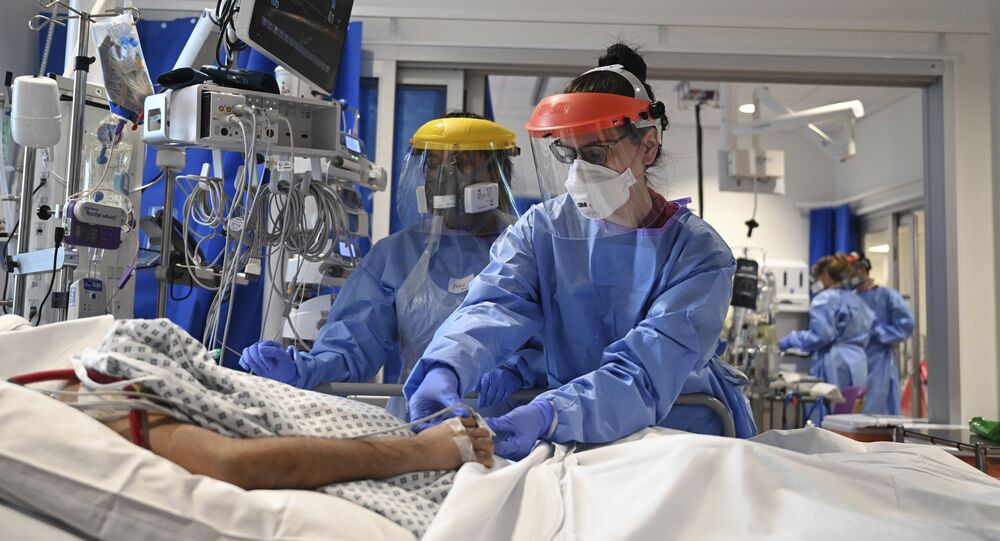 Earlier, Downing Street faced calls to release details of a VIP fast lane for pandemic procurement contracts after a report by the National Audit Office said the government unit had dealt with leads “from government officials, ministers’ offices, MPs and members of the House of Lords, senior NHS staff and other health professionals”.

Concerns have been raised over a reportedly “seriously flawed” arrangement overseeing how the UK government handled bids for procuring life-saving personal protective equipment (PPE) and other contracts amid the COVID-19 pandemic.

One in five government coronavirus-related contracts awarded between February and November 2020 raised one or more ‘red flags’ warrantying closer scrutiny for corruption, according to Transparency International’s UK report, released on Thursday.

A “VIP” or “high priority” lane was purportedly used by the government to fast-track bids for securing personal protective equipment (PPE) from companies referred by MPs, peers and senior officials.

The report, entitled Track and Trace, indicated “apparent systemic biases in the award of PPE contracts that favoured those with political connections to the party of government in Westminster”.

In the case of 73 COVID-19-related contracts worth over £3.7 bln ( $5.2 bln) in public spending, at least one of six standard measures were identified as requiring further investigation, such as a firm being singled out its political connections.

Three contracts, worth an estimated £536 million, were awarded to politically connected companies for coronavirus testing services.

Furthermore, £255m of contracts scrutinised by the experts were supposedly awarded to companies whose short lifespan (they were incorporated within the previous 60 days) indicated they barely had any business track record.

Many of the contracts cited by the report were awarded without competitive tender – a procedure that had, indeed, been suspended by the government, citing the need for urgency amid the pandemic.

"Given it appears only a select group knew about the 'VIP' lane, with those politicians in the know confined to one side of the House [of Commons], it is our conclusion that the system for handling PPE offers was preloaded with bias," said Daniel Bruce, chief executive of Transparency International UK.

The red flags discovered in the ‘concerning’ contracts pertained to uncompetitive tendering, a vague or improper rationale for contact awards, opaque contracting, a failure to maintain adequate documentation, the use of unsuitable companies, or abnormally high pricing, stated the report.

"The frequency with which COVID-related contracts were awarded to those with political connections is deeply concerning and is at such a level that it cannot be explained away as coincidence," said Bruce, adding that there are now “very serious questions for the government to answer” over these contracts.

Labour’s Shadow Cabinet Office Minister Rachel Reeves was cited by Politico as slamming the scale of “endemic cronyism flowing through the government's contracting.”

A “high-priority” channel for UK government contracts, where pitches for coronavirus-related contracts were 10 times more likely to be successful, was highlighted in a report by the parliamentary spending watchdog - the National Audit Office.

Last year it wrote that a government unit had been established in departure from the standard procurement practices to deal with tips “from government officials, ministers’ offices, MPs and members of the House of Lords, senior NHS staff and other health professionals”.

"Months after the VIP lane came to light, the government has still failed to answer basic questions about its functioning and existence," said Daniel Bruce, chief executive of Transparency International UK.

In response, a UK government spokesperson was cited by Politico as saying:

"During the pandemic, our priority has always been to protect the public and save lives, and we have used existing rules to buy life-saving equipment and supplies, such as PPE for the NHS front line.”

The spokesperson added that all PPE procurement contracts went through the same assurance process and “ministers have no role in awarding them”.