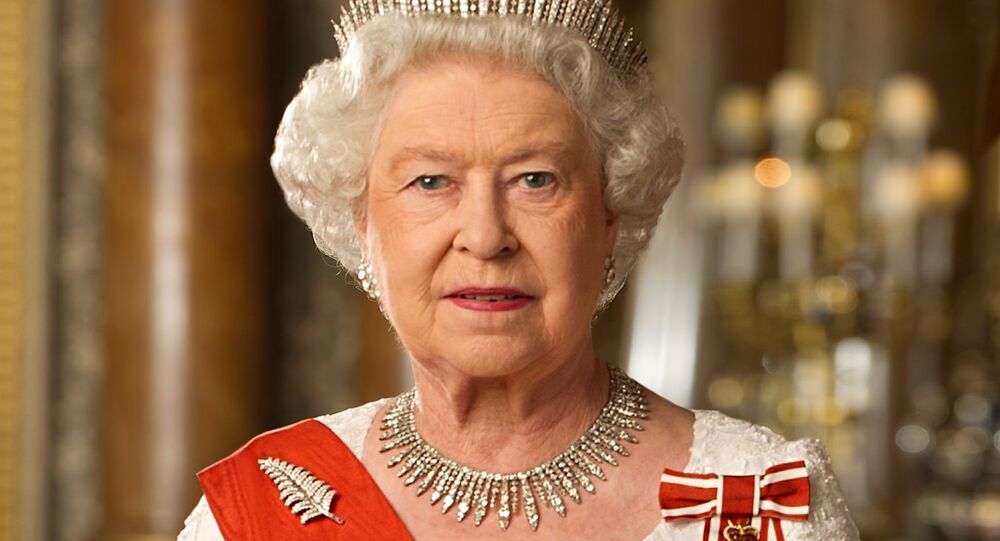 Celebrations of the birthday of the world's oldest reigning monarch, Queen Elizabeth II, are a subdued affair this year following the death of her husband, the Duke of Edinburgh, on 9 April.

Buckingham Palace has shared a photo to mark the 95th birthday of Queen Elizabeth II. The snap posted on the Royal Family Instagram account shows the radiant-looking Queen smiling at a royal engagement, dressed in a burgundy ensemble.

Prince Charles and the Duke and Duchess of Cambridge's Instagram accounts also re-posted the photo of Her Majesty, as traditional gun salutes marking the event have been scrapped this year in favour of a more subdued affair.

Previous plans to release a new birthday photograph of the monarch had also been abandoned, as the Queen is currently observing a two-week mourning period following the death of her husband, Prince Philip, the Duke of Edinburgh, at the age of 99.

The world's oldest reigning monarch is expected to spend the day at Windsor Castle in the company of a small retinue of staff and visited by members of her family. She will also reportedly be enjoying an outing with her dogs, said to have provided solace to the grieving widow.

Over the coming days, the Queen shall be visited by family members who have ostensibly established a ‘rota’ to offer comfort to the monarch, with Princess Anne and Sophie, Countess of Wessex, reported to be among the first visitors.

“In typical fashion the Queen has insisted she is coping and despite the suggestion she had prepared herself for this day to come, everyone is well aware there is nothing like the experience when it comes,” a source was cited as saying by The Miror.

The Queen's birthday is traditionally marked with a 21-gun salute fired by the King's Troop Royal Horse Artillery from either Hyde Park or Green Park, followed by a 62-gun salute at the Tower of London by the Honourable Artillery Company.

For the second consecutive year the tradition has been abandoned, as last year the COVID-19 pandemic and the ensuing lockdown wreaked havoc with people’s lives.

Trooping the Colour, usually held in June to mark the Queen's 'official' birthday, will also be eschewed, with an 'alternative parade' mulled in the quadrangle at Windsor Castle, similar to last summer’s.

Princess Elizabeth Alexandra Mary was born at 2.40am on April 21 1926 and was the first child of The Duke and Duchess of York, who later became King George VI and Queen Elizabeth.

She wed Lieutenant Philip Mountbatten in 1947.

© AP Photo
In this Sept. 1, 1972 file photo, Britain's Queen Elizabeth II and Prince Philip pose at Balmoral, Scotland, to celebrate their Silver Wedding anniversary. Prince Philip, the irascible and tough-minded husband of Queen Elizabeth II who spent more than seven decades supporting his wife in a role that both defined and constricted his life, has died, Buckingham Palace said Friday, April 9, 2021

While not anticipated to be a monarch, the chain of events that was triggered by the abdication of her uncle Edward VIII in 1936 led her to ascend the throne at the age of 25 when her father, George VI, died from lung cancer in 1952.

© AP Photo / Toby Melville, Pool, File
File photo of Britain's Queen Elizabeth as delivers her speech during the State Opening of Parliament at the House of Lords, alongside Prince Charles in London

In 2022 the Queen will celebrate her platinum jubilee of 70 years on the throne.