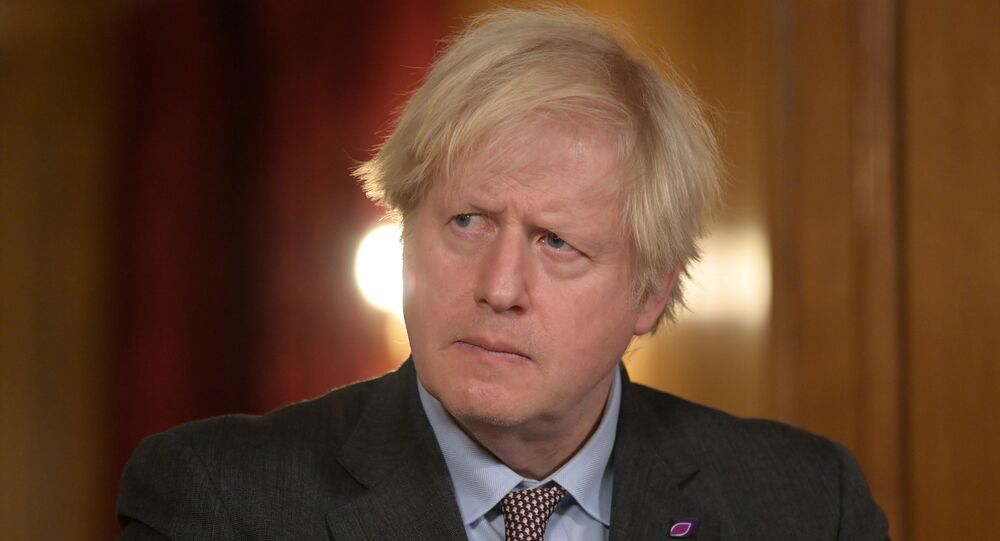 Unapologetic PM told UK parliamentarians on Wednesday, a good part of whom remained critical of his deal with tech boss James Dyson, that his goal was to “save lives” of British people during the pandemic.

In a number of text messages sent in March 2020 to Dyson, the PM assured the tech tycoon that his employees would not have to pay extra tax if they came to the UK to make ventilators during the Covid-19 pandemic.

"I make absolutely no apology at all ... for shifting heaven and earth and doing everything I possibly could ... to secure ventilators for the people of this country and to save lives," Johnson told the MPs.

​The deal between the PM and Dyson has triggered criticism by Labour, concerned with the extent of lobbying corruption in Westminster.

“The PM appears to have used the power of his office to personally hand public money to a billionaire friend in the form of tax breaks. If true, it is clearer than ever there is one rule for the Conservatives and their friends, another for everyone else,” a Labour party spokesperson said in a statement on Wednesday.

“Boris Johnson must now agree to a full, transparent and independent inquiry into lobbying – and end the scandal of Conservative politicians abusing taxpayer money.” https://t.co/3yondOSIi2

“The sleaze never stops. It’s wrong to get tax breaks just because you have the PM on speed dial. Boris Johnson must now agree to a full, transparent and independent inquiry into lobbying,” said Tottenham MP David Lammy.

In contrast to Labour's remarks, former leader of the party - Tony Blair - has sided with Johnson, saying his correspondence with Dyson should be overlooked.

"I actually never had a mobile phone when I was prime minister, something for which I'm extremely grateful"

​Culture Secretary Oliver Dowden has joined Blair in his support for Johnson, saying that the PM and Dyson agreed on the ventilator tax break deal for the good of the public, not for their own gains.

In the face of Labour’s condemnation and call for “a full, transparent, and independent inquiry into lobbying,” Dyson said that he would "do the same again if asked."

"When the prime minister rang me to ask Dyson to urgently build ventilators, of course I said yes. Our ventilator cost Dyson £20m, freely given to the national cause, and it is absurd to suggest that the urgent correspondence was anything other than seeking compliance with rules, as 450 Dyson people – in UK and Singapore – worked around the clock, seven days a week to build potentially life-saving equipment at a time of dire need,” he added.

Whether or not the deal between Johnson and Dyson falls in the grey area between good governance and abuse of power, Labour is adamant about the need for an inquiry into lobbying to “end the scandal of Conservative politicians abusing taxpayer money.”

Former Tory PM David Cameron has also been caught up in a lobbying scandal since last year after exchanging messages with Chancellor Rishi Sunak. Cameron lobbied the government on behalf of financial services company Greensill Capital to secure access to a Bank of England Covid-19 loan scheme meant to aid businesses during the pandemic.