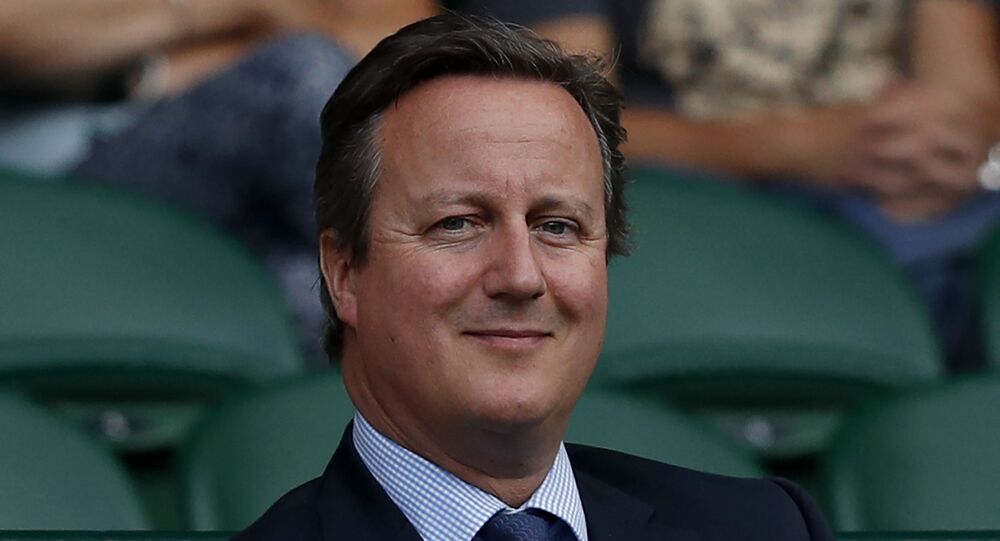 Earlier, David Cameron, who found himself mired in a lobbying scandal involving the now-insolvent private firm Greensill Capital, promised to "respond positively" to requests to give evidence pertaining to the Commons Treasury Committee inquiry into the collapse of the company, with a similar probe launched by Boris Johnson's government.

A probe conducted by the Treasury Select Committee into the Government's dealings with failed finance firm Greensill Capital has announced it will seek oral testimony from David Cameron, Chancellor Rishi Sunak, the Bank of England, the Financial Conduct Authority, Greensill's founder Lex Greensill, and others.

The UK parliamentary inquiry will focus on "the regulatory lessons from the failure of Greensill Capital and the appropriateness of HM Treasury's response to lobbying in relation to Greensill Capital".

We've just announced that we will launch an inquiry into the lessons from #Greensill Capital.

​According to Chairman Mel Stride, he would write to the persons and entities involved, adding:

“There are questions to be answered in relation to Greensill Capital regarding the operation of the UK's financial system and its regulation. Also, whether the Treasury responded appropriately to lobbying from Greensill during the pandemic.”

A spate of inquiries have since been launched to investigate lobbying carried out in the government in the wake of the Greensill Capital scandal.

The financial services company, which filed for insolvency on 8 March, is at the heart of allegations that former British prime minister David Cameron lobbied officials of the ruling Conservative government on behalf of the ailing firm, which was a major financier of UK steel production.

The two other parliamentary inquiries, including one by the Public Administration and Constitutional Affairs Committee (PACAC), similarly hope to hear in person from ex-prime minister Cameron.

PACAC is likely to focus on lobby regulations and civil service rules, according to the details of its probe, published Monday.

We have launched an inquiry into the propriety of governance in light of Greensill.

​According to the terms of reference published by the committee, collapse of Greensill Capital and revelations pertaining to its relationship with ministers and Whitehall “have raised significant concerns about the propriety of governance in this country” that “risks undermining public trust”.

Committee chairman William Wragg MP underscored that while most politicians and civil servants fulfil their roles honourably, nevertheless, the Greensill affair has to be scrutinised.

“We will look into whether the rules need tightening up and clarifying and we will make any necessary recommendations without fear or favour,” he said.

The inquiry will examine how lobbying should be regulated, and consider the use of consultants and contractors in government circles.

Furthermore, it will discuss whether existing codes of conduct for ministers, special advisers and officials are effective.

“I just want to stress one thing to people who are sort of vaguely tuning in to this. People should not, in my view, form the impression that the upper echelons of the British Civil Service have got loads of people who are double-hatting, as it were, doing two jobs – it just isn’t true. We’ve got one of the best civil services in the world,” said Johnson while on a campaign visit to Gloucestershire, England.

The Prime Minister has asked lawyer Nigel Boardman to spearhead a probe, focusing on the government's use of supply-chain finance – a method employed by Greensill Capital. This came after it emerged that former government procurement chief Bill Crothers juggled working as an adviser for Greensill Capital while maintaining his Whitehall job.

Tory MPs blocked a Labour motion to set up a special committee to investigate the lobbying row, including public hearings by a cross-party panel of MPs. Labour has since slammed the investigation as having "all the hallmarks of a Conservative cover-up".

Last week, David Cameron admitted that there were "lessons to be learnt" from the Greensill Capital lobbying saga, while reiterating that he had "not broken any rules".

After leaving Downing Street, Cameron had taken on the job of an adviser to the private bank set up in 2011 by Lex Greensill. The latter had worked for the former British Prime Minister as an unpaid consultant during his tenure at No 10.

​Cameron was reported by the Financial Times to have privately lobbied ministers, including via direct texts to Chancellor Rishi Sunak, to gain access to an emergency coronavirus loan scheme for the ailing private bank just months before it collapsed.

The Times had also revealed the content of Cameron's email related to Matthew Gould, the head of NHSX, a digital arm of the National Health Service (NHS) England and the UK Department of Health and Social Care.

In the email, dated to April 2020, Cameron hyped Greensill Capital as "the UK's leading fintech firm", voicing the hope he could introduce Gould to Bill Crothers, one of Britain's former senior civil servants who reportedly accepted employment with Greensill when working in the government.

The Times earlier reported that UK Health Secretary Matt Hancock and Australian banker Lex Greensill met Cameron in 2019 for a "private drink", where the ex-UK prime minister lobbied Hancock to introduce a payment scheme for the NHS.

In the wake of the reports, David Cameron was investigated by a watchdog over whether he broke rules by not registering as a lobbyist for his work at Greensill Capital, with the Registrar of Consultant Lobbyists clearing him of any wrongdoing.

Nevertheless, the Greensill saga resulted in renewed focus on lobbying.

While rules currently in place prohibit former ministers from lobbying the government for two years after they leave office, critics of the current system have been urging a longer ban.

“For me, there are principles about public life. It cannot ever be a platform for private gain. Former Prime Minister's must never be lobbying for commercial purposes... "

​The Cabinet Office is currently conducting a review into the much-criticised Lobbying Act, drawn up by Cameron, which detractors argue is too weak and ‘toothless’ to be effective.