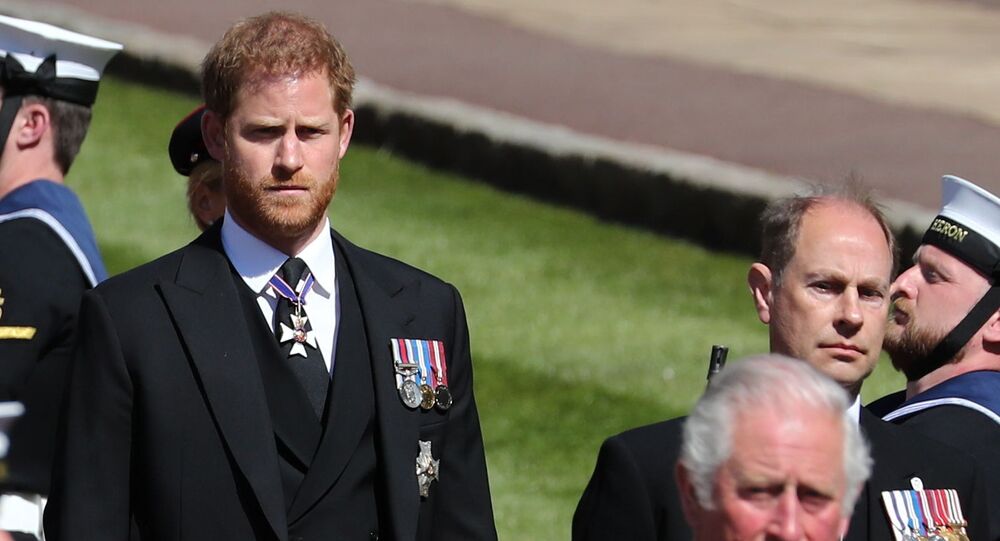 It has not been a secret that Prince Charles, Britain’s future king, wasn't amused by the ‘tell-all’ interview his son and daughter-in-law gave Oprah Winfrey, which aired in March. During the interview, Prince Harry complained that he had been “cut off” financially by the Prince of Wales after moving to the US.

The Duke of Sussex was “forced to write letters” to Prince Charles and sent a “deeply personal” one ahead of his homecoming trip to the UK for his grandfather Prince Philip’s funeral over a “complete communication breakdown” with his father, sources tell the Mirror.

“Truth be told, Harry didn’t really know what to expect before he came home, which is why he reached out before seeing everyone,” a palace insider claims.

“He wrote a deeply personal note to his dad to try and set things straight but tensions are still running high and things haven’t exactly ironed out the way he had hoped.”

According to the source, in the letter Prince Harry has described “his reasons for leaving” the senior royal post in March last year and promised to “respect the institution”.

But it is understood that the relations between the two are still strained. Prince Charles is said to have been “very hurt” by the Sussexes’ decision to go on a ‘truth-telling’ spree with Oprah Winfrey, which aired on 7 March, when his father Duke of Edinburgh had been in hospital for several weeks already.

During the scandalous chat that suggested there was some hidden racism in the royal family, 36-year-old Prince Harry complained that his dad ignored his phone calls after he and wife Meghan flew over to North America and also stopped providing them with funds. Another eyebrow-raising claim the Duke of Sussex made was that his father and older brother Prince William were “trapped” by the institution with no chance of escaping as he did last year.

According to palace sources, the two future kings were “outraged” by the statement.

While Prince Harry and Prince William were seen walking alongside each other and chatting during Prince Philip’s funeral on Saturday, it is still believed that their relationship has been “extremely frosty” for some time now. Prince Charles has also reportedly talked to his younger son for two hours after the touching ceremony – a sign that a full reconciliation was still possible within the family, as they have all put a “united front” to comfort the Queen during this sombre period of grieving.

“There had been a kind of unspoken agreement between everyone to park whatever has been on each person’s mind, and solely concentrate on supporting the Queen ahead of Prince Philip’s funeral,” the source maintained to the Mirror.

However, there is still “a lot of distrust in the camp and everything is still very, very raw”, the insider believes.

It’s not clear whether Prince Harry has already departed the UK to go back to LA to rejoin his late-term pregnant wife, or if he's remained to celebrate the Queen’s birthday on 21 April, but Prince Charles is said to have already departed to his Welsh residence in Llwynywermod to work and observe the royal period of mourning that will last until Thursday.

“Harry didn’t expect everything to be completely back to normal but his feeling after seeing his family was there is a lot of ground to make up,” the insider concludes. “Whether that is harder or easier to do on the other side of the world remains to be seen.”