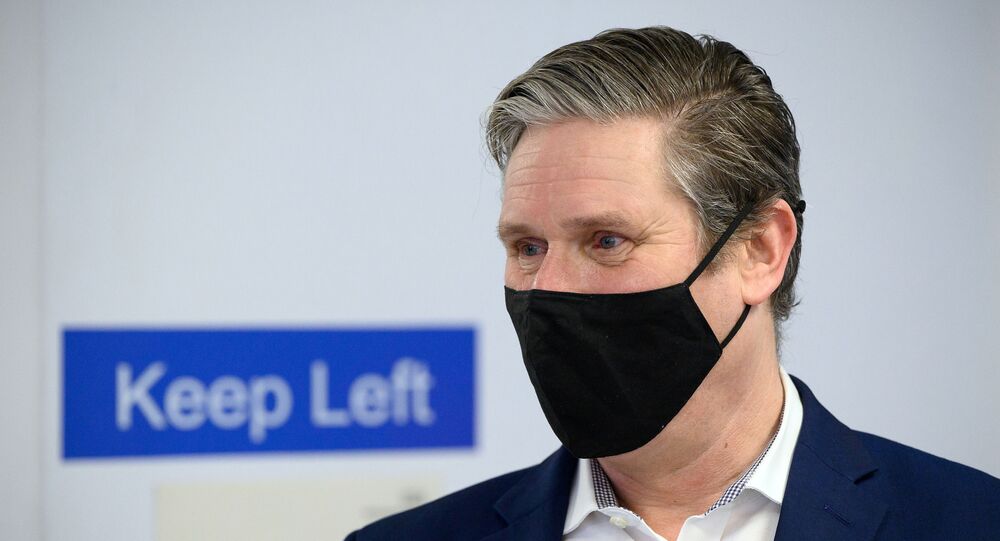 Sir Keir Starmer has led his Labour Party MPs in voting for the Conservative government's coronavirus lockdown restrictions — including the current ban on indoor drinking in pubs which he appeared to flout at The Raven in Bath on Monday.

UK Labour Leader Sir Keir Starmer has suffered a new humiliation — of being thrown out of a pub.

Starmer was ordered to leave The Raven in the picturesque city of Bath, Somerset, by angry publican Rod Humphris on Monday.

Humphries, who said he was a lifelong Labour voter, harangued Starmer for leading his party's MPs voting for COVID-19 lockdown restrictions, charging: "You have failed this country".

The opposition leader's bodyguard — who confusingly sported a similar haircut to him while wearing a face mask — wrestled with the landlord as he shouted "That man is not allowed in my pub!" Bars, cafes and restaurants are still only allowed to serve customers outdoors after the pandemic rules were relaxed last week.

"Thousands of people have died because you have failed to do your job and ask the real questions," he added. "I am telling you this now — and I hope it goes out — you have failed this country. You have allowed our children to wear masks in schools when there's never been any evidence for it.”

"I really don't need lectures from you about this pandemic," Starmer was heard to reply almost inaudibly, flanked by his guards and assistants.

© AP Photo / Kirsty O'Connor
Choice of Edinburgh Flight over Train Derails Labour Leader's Green Agenda
The Labour leader was in the historic Roman town to support former MP Dan Norris' campaign for election the West of England regional mayor on May 6. Labour is trailing Prime Minister Boris Johnson's Conservatives by 14 points nationally ahead of the local and regional elections, according the latest poll from YouGov.

Starmer tried to make light of the incident by tweeting a link to a "statement" that turned out to be the government voter registration website — and a photo of him enjoying a pint in another pub.

And former Brexit Party leader ​dubbed Labour party "amateurs" and "idiots" for failing to canvass the landlord's views before descending on The Raven.

​Humphris later spoke to talkRADIO about his reasons for confronting the Labour leader, adding: "he didn't respond to my points. He said don't lecture me on this".

​The hospitality industry has been particularly hard-hit by three consecutive coronavirus lockdowns, despite the government's 'furlough' scheme to cover wages of laid-off staff and state-guaranteed loans to businesses.