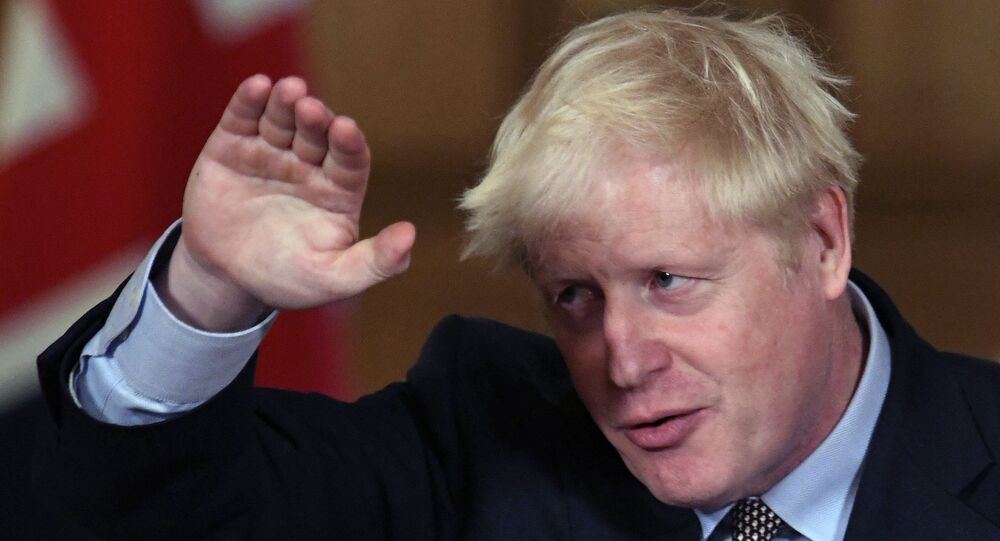 The UK's new foreign policy review dubbed Russia the "most acute threat" to Britain's security in the Euro-Atlantic region. Russia has, in turn, repeatedly rejected allegations of meddling in the internal affairs of other countries, stressing that they do not hold water.

UK Prime Minister Boris Johnson will use Queen Elizabeth II's speech scheduled for 11 May to announce a bill on countering hostile states, such as Russia and China, The Times reports.

During the speech, which will coincide with the state opening of parliament this year, the Queen is due to set out the government's agenda for the next session and confirm the continuation of a number of bills, including the Police, Crime, Sentencing, and Courts Bill.

According to The Times, Johnson's bill will stipulate that all individuals working on behalf of foreign governments in Britain register their presence, and that they will face criminal prosecution if they fail to do so.

In line with the bill, the government is also expected to toughen what The Times described as the "archaic" Official Secrets Act so that the document "can be used against individuals who try to undermine Britain's interests from abroad, including cyberhackers working on behalf of hostile states". The maximum sentence for breaches of the act currently amounts to two years behind bars.

The report by The Times comes amid escalating tensions between Russia, the UK, and the US, as London and Washington have denounced Moscow's "malign" activity after concluding with an accuracy of "highly likely" that Russia was involved in the massive cyberattack that targeted numerous US federal government entities and companies last year.

Moscow, for its part, points out that no evidence has been provided by Washington to back up its allegations of "Russian hackers" being behind the SolarWinds breach.

In a separate development in March, UK Prime Minister Johnson presented his new foreign policy review to the British parliament, a document that noted, in particular, that Britain will actively tackle the "full spectrum of threats" presumably emanating from Russia, as well as take steps to deter Moscow. As far as China is concerned, the review claimed that Beijing's increasing power and assertiveness are likely to become the main "geopolitical factor" of the current decade.

This was partly echoed by MI5 head Ken McCallum last year, when he identified Russia and China as countries presenting a state-based threat to Britain. He did not think twice before describing Moscow as delivering "bursts of bad weather", and Beijing as "changing the climate".

The previous year also saw the publication of a report commissioned for the British parliament's Intelligence and Security Committee, claiming that Russia's cyber-capability remains a "matter of grave concern" and poses an "immediate and urgent threat" to the UK's national security.

© Sputnik / Alexey Filippov
Russia Ready to Address UK Security Concerns at Negotiating Table, Ambassador Says
Kremlin spokesman Dmitry Peskov responded by emphasising the report contained "groundless accusations" that he said could not be "substantiated". Russian Ambassador to the UK Andrei Klein, in turn, underlined that Moscow had never interfered in the UK's political processes and is instead looking for common ground to improve bilateral relations.

Moscow-London ties are still at an all-time low after former Russian intelligence officer Sergei Skripal and his daughter were poisoned in March 2018 in the UK city of Salisbury.

London asserts that Moscow played a role in the incident, while Russia refutes such allegations as unsubstantiated. Russian Foreign Minister Sergei Lavrov said in May 2019 that the Skripal case was falling apart due to lack of any evidence incriminating Russia.

Johnson Reportedly Provides Details on 'Global Coalition': UK Teaming Up With US to Confront China