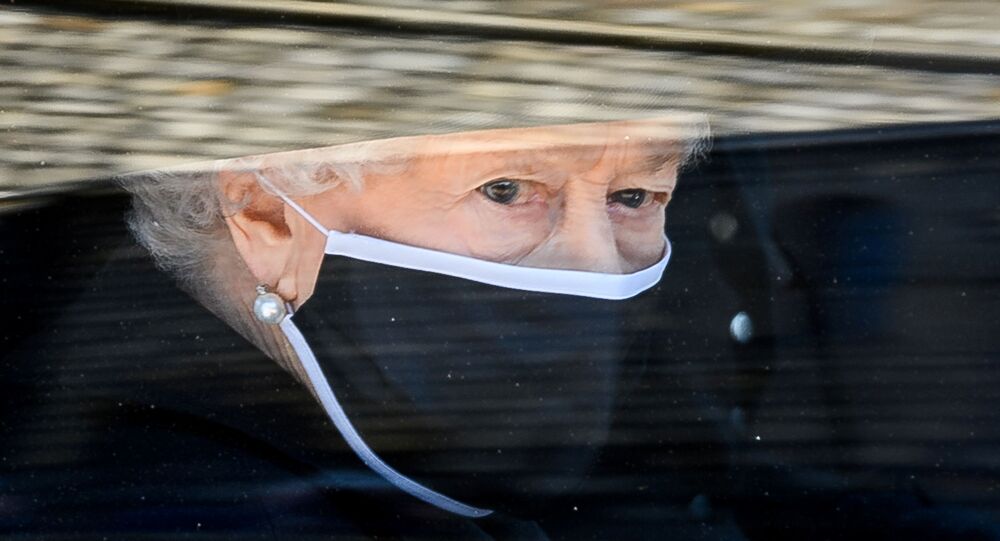 The United Kingdom has mourned the prince-consort, who died on 9 April at the age of 99. Earlier this year, Prince Philip spent a month in hospital to treat an infection and undergo a procedure for a pre-existing heart condition. He was later discharged, spending the last days of his life with his family.

Queen Elizabeth II kept Prince Philip's trademark pocket square and an old photograph of them in her handbag during the funeral ceremony for the Duke of Edinburgh on 17 April, the Daily Mail reported, citing an insider.

According to the outlet, in order to honour her late husband, the monarch carried one of his white handkerchiefs made by the prince's Savile Row tailors Kent & Haste. She also had an old photo, depicting her and Prince Philip as newlyweds when they lived in Malta from 1949 to 1951.

The Duke was laid to rest in the royal vault at St George's Chapel. The royal funeral was restricted to only 30 members of the Windsor and Mountbatten families due to the coronavirus pandemic, but it was broadcast live to the nation.

During the ceremony, the Queen left a handwritten letter to her husband of 73 years, placing it alongside a wreath, but the Palace did not provide any details about the contents of the note.