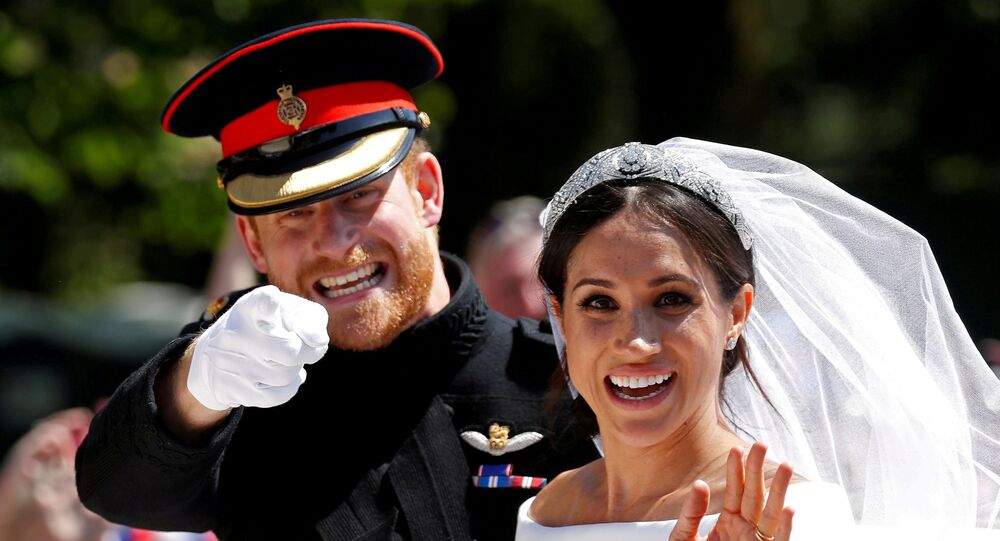 According to English broadcaster Jeremy Clarkson, despite the obvious chemistry between the Duke and Duchess of Sussex, their relationship could end in a disaster some time in the future, in light of the recent developments in their extended family.

Television presenter Jeremy Clarkson has warned that Prince Harry and Meghan Markle's marriage may be doomed, as the couple gets ready to welcome their second child.

Referring to their candid tell-all interview with talk show queen Oprah Winfrey, the outspoken host wrote for The Sun:
"The tale of Harry and Meghan is an epic love story and I wish them both well, but I genuinely fear that it will not have a happy ending".

He went on to take aim at Meghan in particular for not embracing her royal duties during her stint in "The Firm".
"Meghan Markle will have grown up imagining that princesses live in fairy-tale castles and spend all day riding around on golden unicorns, smiling kindly at muddy plebs", he recounted. He suggested she soon had to wake up to reality, saying:

"So it will have come as a bit of a surprise when she became a British royal and found, that on a wet Tuesday morning, she'd have to go to Carlisle on something called 'a train', to open the civic centre's new disabled ramp".

Clarkson then depicted how she might have felt when real palace life apparently didn't live up to her expectations, suggesting she decided that "if she can't dine on peach and peacock and have a couple of mermaids in the gin-filled swimming pool, she won't be opening any new toilet blocks ever again".

The 61-year-old Grand Tour presenter assured, striking a bit of a conciliatory tone, that he would by no means judge her, as people "are allowed to resign from jobs they don't like".

He hinted there is no bright future ahead for Meghan, who he says is "much revered by the young and the stupid who believe that her brand of simpering victimhood will one day bring down the monarchy, but it won't".
He portrayed her occupation as that of a socialite or influencer, who poses for pictures "on her own outside the Taj Mahal or sitting on the back of a playboy's yacht in the Med", while Piers Morgan, the all-time critic of Prince Harry's American wife, will realise "that he lost his job over absolutely nothing at all".

The Winfrey chat, aired on national television on 7 March, instantly landed in royals and aides' crosshairs, as it alleged flagrant racism in the Windsor family.

Among the most provocative claims made by Harry and Meghan, who left the UK to lead an independent life in the US, was that one relation of theirs queried before their son Archie's birth if he would have dark skin. Although the couple stopped short of mentioning who it was, Oprah later ruled out the Queen and the late Prince Philip.

'You’ll Be Greatly Missed’: Harry and Meghan Pay Tribute to Duke of Edinburgh