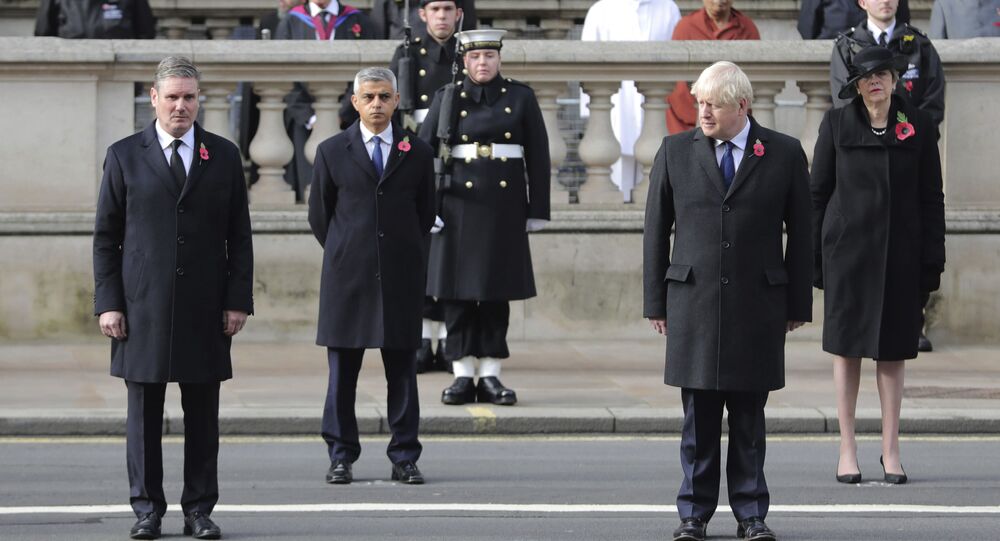 Vaccine Bounce or Labour Collapse? Debate on Latest Voting Intention in Britain With Tories Ahead

If an election was “held tomorrow”, 43% of Britons would vote for the Conservative party as opposed to the 29% who would support Keir Starmer and his Labour party, according to the latest YouGov/Times voting intention figures.

The data published on 16 April also showed that Boris Johnson was leading in the “best Prime Minister” category of the poll, with 34% of respondents opting for his candidacy versus that of Labour’s Starmer (26%). Over a third of Britons were undecided as to who should rule the government.

​The voting intention results have ignited a debate on whether the Conservatives are merely enjoying the public’s approval due to the ongoing national vaccination programme, expediting the end of Covid-19 lockdown – or whether Labour’s poor performance is to blame, or thank in this case.

Given the difference, the ruling Conservatives face a drop of almost 10%, which could hardly signify a great win for Johnson and his fellow party members.

However, compared to the figures of January 2021, when England entered the third national lockdown, the Tories gained a couple of points, going from 41% to 43% in April, which marked the period of time the government was actively rolling out the vaccination programme.

In contrast, compared to the beginning of the year Labour’s popularity was at 34% and only got worse by April (29%).

Argument over the reasons behind the numbers was rife on social media following the publication of the poll.

The Tories' polling is not particularly great. It's down from over 50% after the election.
There is no "vaccine bounce". Starmer is offering nothing, that's why Labour's ratings are so terrible. The Tories get their 43% simply for being in government and looking confident.

it's not a bounce if the tories are staying in the same 40-45 point range that they've been in for 4 years, labour are just plummetting

That is no bounce. It is a Labour collapse.
It is clear to anyone following politics over the last year, Labour under Starmer has nothing to say, nothing to offer and obsessed with pushing out a huge slice of it’s own support base.

True, although I think the vaccination success (best in Europe) has certainly added to his woes.

​Other political parties enjoyed 8% of the vote (Liberal Democrats and the Greens equally), while the Reform UK had 3% of the vote.

According to Yougov’s Westminster voting intention tracker, Labour has outperformed the Conservatives only a handful of times since February 2020. Starmer’s opposition to the ruling Tories has been through a few ups and downs, since he took over after Jeremy Corbyn in April 2020.

“Three in ten members (28%) don’t know what they think of shadow chancellor Anneliese Dodds, while half are unsure about the Welsh first minister Mark Drakeford, and two thirds (67%) don’t have an opinion on shadow home secretary Nick Thomas-Symonds,” the poll said.

Among Labour party leaders, the current one came only fourth in the “most-liked” poll, preceded by former PM Gordon Brown, Ed Miliband and Clement Attlee.

Whether due to poor economic picture in the country, a stressed healthcare system or a general state of uncertainty following the Covid-19 pandemic, Keir Starmer and his party’s performance are far from Labour’s best. The same could be argued for Johnson and the Conservatives, who possibly are merely reaping the benefits of being a ruling government during a national crisis, when the public would normally avoid changing horses in midstream.

With the upcoming local elections in May, including London mayoral elections, both Labour and the Conservatives will be looking to consolidate their control of the local authority.