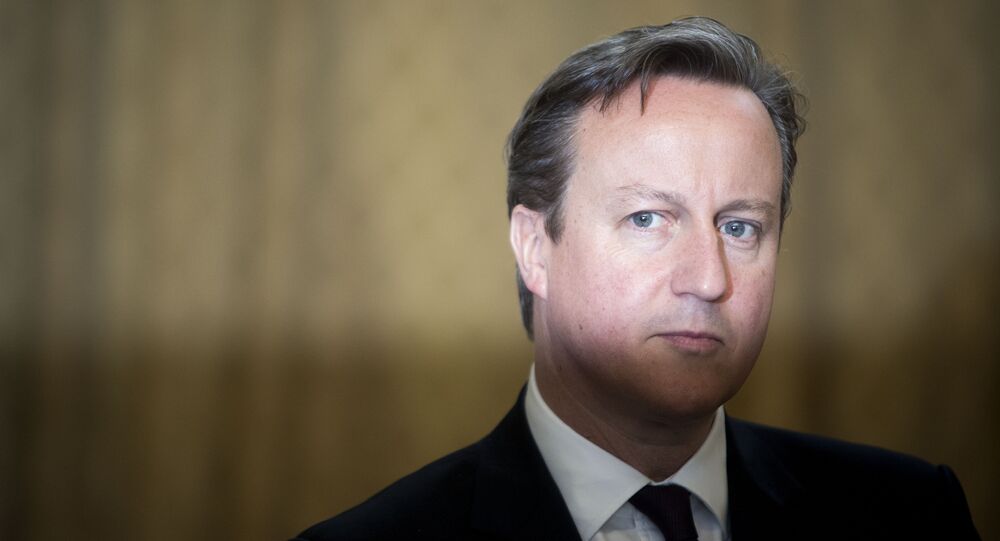 Greensill Capital, a financial services company that has filed for insolvency, is at the heart of allegations that former British Prime Minister David Cameron lobbied the government - led by former colleague Boris Johnson - on behalf of a firm which was once a major financier of UK steel production.

David Cameron has promised to "respond positively" to any requests from MPs to give evidence pertaining to the Greensill Capital probe, after the Commons Treasury Committee announced an inquiry into the firm’s collapse.

After the financial services company filed for insolvency on 8 March 2021, it put into question the future of Liberty Capital, which owns 12 steel plants in Britain, threatening thousands of British jobs.

“David Cameron will respond positively to all such requests when the terms of reference of each inquiry are made clear and any invitations to provide evidence are received,” said a spokesman for the former UK Prime Minister.

The former prime minister has faced criticism for lobbying officials of the ruling Conservative government on behalf of the then-ailing finance firm in 2020.

After leaving Downing Street, Cameron had taken on the job of an adviser to the private bank set up in 2011 by Lex Greensill, who had worked for the ex-PM as an unpaid consultant during his tenure.

The Greensill Capital lobbying scandal has since triggered a wider row over private companies' efforts to sway ministers and officials.

“While he was an adviser to the business and not a board director, he is keen to ensure that lessons from it going into administration are learned,” added Cameron’s spokesperson.

On Wednesday, the Commons Treasury Committee launched an inquiry into the collapse of Greensill Capital and how its founder, Lex Greensill, was afforded such wide access to the government during the administration of David Cameron.

"The Treasury Committee had previously decided to carefully consider these issues as part of its regular and upcoming evidence sessions with HM Treasury and its associated bodies, including the Financial Conduct Authority and Bank of England. In addition, we have now decided to take a closer look by launching an inquiry to investigate the issues that fall within our remit."

The probe comes after Tory MPs blocked a Labour motion to set up a special committee to investigate the lobbying row,including public hearings by a cross-party panel of MPs.

Downing Street entrusted lawyer Nigel Boardman to lead the probe to examine how government contracts were secured by the private banking company and the actions of the former prime minister.

“The Cabinet Office is commissioning an independent review on behalf of the Prime Minister, to establish the development and use of supply chain finance and associated activities in government, and the role Greensill played in those," read a statement from Downing Street.

A spokesman for Cameron said:

“We welcome this inquiry and will be glad to take part.”

The lobbying scandal gained traction after David Cameron was reported to have privately lobbied ministers, including via texts to Chancellor Rishi Sunak, to gain access to an emergency coronavirus loan scheme for his employer, financier Lex Greensill.

A report in the Financial Times claimed the ex-PM tried to sway ministers within the Treasury to increase Greensill’s access to COVID-19 loan schemes, just months before the struggling company collapsed.

Following the, David Cameron was investigated by a watchdog over whether he broke rules by not registering as a lobbyist for his work at Greensill.

Subsequently, the Registrar of Consultant Lobbyists cleared him of any wrongdoing.

Breaking the silence, the former prime minister finally issued a statement on Sunday to admit that there were 'lessons to be learnt' from the Greensill Capital lobbying controversy. He reiterated that he had ‘not broken any rules’, while conceding that it was a mistake to informally lobby ministers on behalf of the private bank.

Having “reflected on this at length”, Cameron admitted that "communications with government need to be done through only the most formal of channels, so there can be no room for misinterpretation".

Nevertheless, the Greensill affair has led to renewed focus on the Advisory Committee on Business Appointments (Acoba), that body that monitors the roles taken up by former officials in the private sector.

The watchdog was slammed as "toothless" by a committee of MPs back in 2018.

Current rules ban former ministers from lobbying the government for two years after they leave office – something that Cameron appears to have complied with.

However, critics of the current system, such as former Labour prime minister Gordon Brown, have been urging a longer ban.

“For me, there are principles about public life. It cannot ever be a platform for private gain. Former Prime Minister's must never be lobbying for commercial purposes... "

"Former prime ministers must never be lobbying for commercial purposes. Current ministers should not be entertaining such lobbying," Brown said on BBC Radio 4’s Today programme.

'Constantly Trying to Outdo Each Other': Journo Reveals Motive Behind Johnson’s Probe Into Cameron