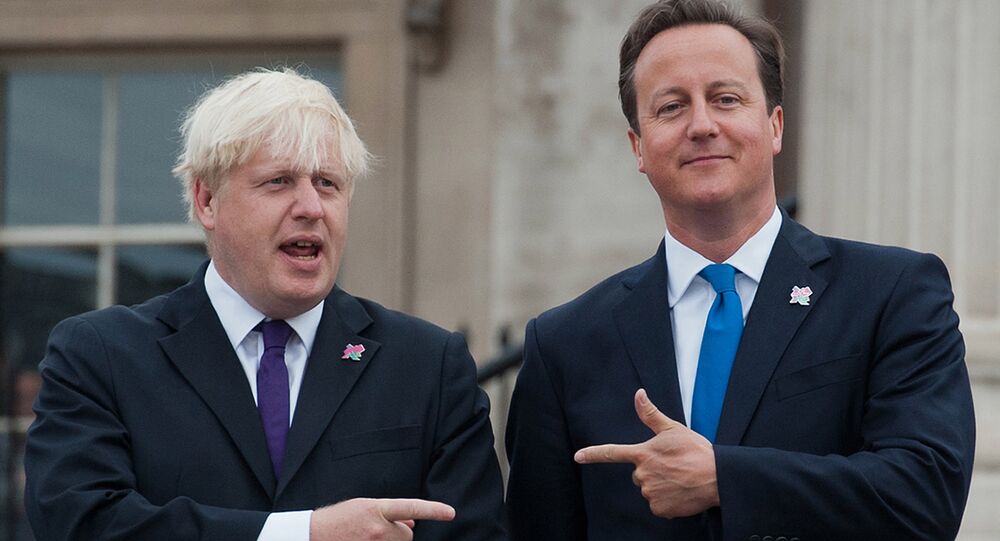 Labour leader Keir Starmer launched a criticism attack on the Prime Minister Johnson right from the start of the weekly questions time (PMQs) in the House of Commons.

Commenting on the ongoing controversy around lobbying of the Treasury by the former PM David Cameron, Johnson said that it wasn't clear that boundaries were properly understood but top civil servants should be able to engage with business.

The exchange between the Conservative and Labour leaders saw Starmer call for an "overhaul  of the whole broken system" and asked whether Johnson would welcome the motion to conduct a proper parliamentary inquiry into the scandal, involving Cameron.

​Johnson's former boss, Cameron, had exchanged messages with the Chancellor Rishi Sunak in 2020, while he was an adviser for the financial services company, Greensill Capital.

Cameron lobbied the government on behalf of Greensill Capital in order to secure the company’s access to a Bank of England Covid-19 loan scheme meant to put off pressure from businesses amid the pandemic.

The government announced on Monday the launch of the formal investigation into the case, “a review that will look into the decisions taken around the development and use of supply chain finance (and associated schemes) in government, especially the role of Lex Greensill and Greensill Capital.”

The corporate lawyer chosen to lead the inquiry is Nigel Boardman, previously a long-term partner at the international law firm Slaughter and May. Boardman left his position at the firm in 2019 but remains a senior consultant there. Slaughter and May has been reportedly linked to the Covid-19 loan scheme, to which Cameron sought access for Greensill.

Speaking about the choice of the inquiry chair, Keir Starmer said:

“The person he [Johnson] appointed worked for the same law firm, which lobbied to loosen the lobbying laws. You couldn’t make it up.

During the PMQs Johnson was asked by Ruth Cadbury MP when he last spoke to Cameron.

“I cannot remember the last time I spoke to Dave. If she wants to know whether I had any contact with him about any of the matters that are being in the press, the answer is 'no',” Johnson said.

In 2014 Transparency of Lobbying, Non-party Campaigning and Trade Union Administration Act, or the so-called Lobbying Bill, first introduced the mandatory regulation of lobbying activity in the UK.

The Lobbying Act regulates the registration of consultant lobbyists, the funding of candidates and electoral campaigning, and the records of trade union membership lists and related administrative changes.

Commenting on the legislation, Starmer said it was not tough enough and has "led to David Cameron camping in the Saudi desert with Lex Greensill having a cup of tea".

"I rest my case in regards to that legislation," he added.