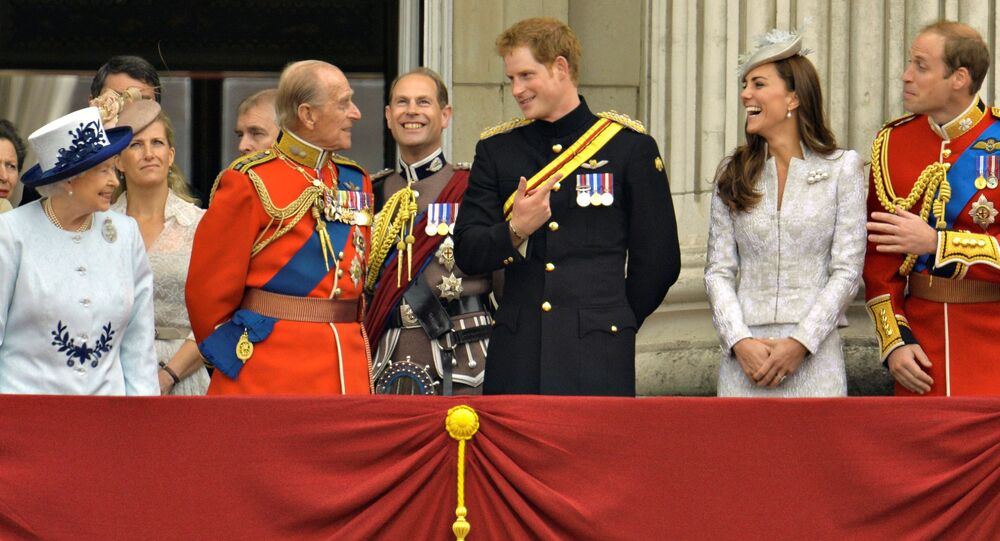 The Duke of Sussex was expected to make a return to his home country following over a year in North America for the funeral of his 99-year-old grandfather Prince Philip, who passed away on 9 April

Prince Harry has described his late grandfather, the Duke of Edinburgh, as "a man of service, honour and great humour" who was also a "master of barbecue" and a "legend of banter".

"He has been a rock for Her Majesty The Queen with unparalleled devotion, by her side for 73 years of marriage, and while I could go on, I know that right now he would say to all of us, beer in hand, ‘Oh do get on with it!’," Prince Harry said in a statement released upon his return to the UK for the duke's funeral.

In the statement, the Duke of Sussex thanked his grandfather "for always being" himself, nothing that he, Meghan, his son Archie, and Philip's soon-to-be-born great-granddaughter "will always hold a special place" for the Duke of Edinburgh in their hearts.

According to Harry, his grandfather was "cheeky" right until the very end.

Harry, 36, landed in the UK on Monday for the first time since the Sussexes' bombshell departure from their senior royal positions last year. The Duke and Duchess spent over a year in Canada and the United States, where they made some lucrative deals with Netflix and Spotify and sit for the scandalous Oprah Winfrey 'tell-all' interview which aired on 7 March, when Prince Philip was already in hospital.

The couple was very much criticised for their decision to go on with the talk despite ongoing concerns about the duke's poor health, but according to Prince Philip's biographer Gyles Brandreth, the Queen's husband was not really bothered with the timing of the interview. Instead, the writer claimed, the 99-year-old royal was not happy with his grandson's decision to go public with "their own problems" and reportedly described the talk as "madness."

Meghan Markle, who is expecting her second child, has not travelled to the UK upon the advice of her doctors, Buckingham Palace said.

As the UK is mourning the loss of the Queen's beloved husband and nation's longest-serving consort, Harry's brother Prince William said on Monday that he will "miss his grandpa" but that the late duke would have wanted the royal family "to get on with the job."

A message from The Duke of Cambridge following the death of The Duke of Edinburgh: https://t.co/lVCSPrG7uG pic.twitter.com/atiB8djxPO