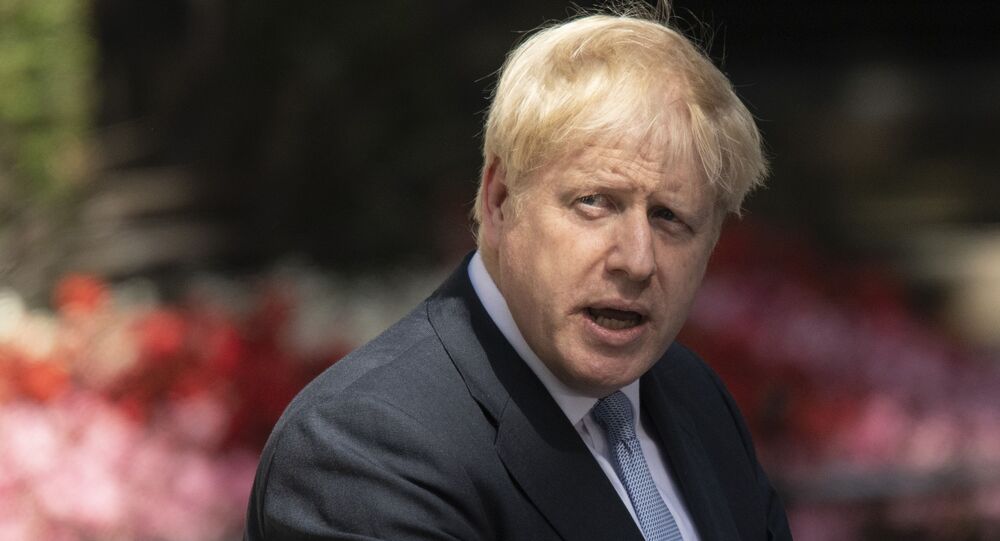 UK Prime Minister Boris Johnson announced in February that lockdown easing would “at every stage be dependent on data not dates”, as the first step saw schools in England reopen on 8 March, while the projected last phase, planned for 21 June, will see the abolition of all limits on mixing and the reopening of sectors that had remained closed.

"I'm sure it will be a huge relief for those business owners who have been closed for so long, and for everyone else it's a chance to get back to doing some of the things we love and have missed,” said Johnson in a statement.

Restrictions set in place amid the COVID-19 pandemic have witnessed hundreds of thousands of businesses in the country close down since early January.

© Photo : Pixabay
Happy Customers & Sad Business Owners: Why Are English Pubs Unhappy About Easing of Lockdown?
At the time, a surge in coronavirus infections driven by the "Kent" strain had forced the government to announce a third lockdown.

However, on 22 February, after 17.7 million Britons had received their first dose of a coronavirus vaccine, Boris Johnson had said that an “unparalleled” vaccination rollout ahd enabled the nation to embark on “a one-way road to freedom”.

The lockdown easing announced by the Prime Minister was to come in a number of phased steps and would “at every stage be dependent on data not dates”.

Currently, about 32 million people in the UK (around 61 percent of adults) have received at least one dose of the vaccine, and over 14 percent have received both doses; nevertheless, the Prime Minister urged caution.

"I urge everyone to continue to behave responsibly and remember 'hands, face, space and fresh air' to suppress COVID as we push on with our vaccination programme," said Johnson.

Despite efforts made during lockdown by pubs and restaurants to maximise their ability to serve customers outside, the British Beer and Pub Association estimates no more than 40 percent of licensed premises actually have the space to reopen for outdoor service.

​In line with the roadmap out of lockdown unveiled by the government in late February, step one saw schools in England reopen on 8 March, while recreation in outdoor public places like parks became possible between two people.

Despite the fact that an earlier 10 p.m. curfew rule is being ditched, along with the requirement to order a substantial meal with a drink, but social distancing still has to be observed.

© Photo : Mohamed Elmaazi
Queue around the corner from a Tesco in West London during COVID-19 outbreak, 27 March 2020

While international holidays remain banned, domestic holidays can resume to allow members of the same household or support bubble overnight stays in self-contained accommodation, such as holiday lets and campsites.

Among other changes, up to 15 people can attend weddings and 30 can attend funerals.

Children will be allowed to attend any indoor children's activity. Care home visitors will increase to two per resident. Driving lessons are also allowed to resume as of 12 April, while tests are scheduled to restart on 22 April.

Socialising indoors remains prohibited outside support bubbles, with people not allowed to visit each other's homes.

Other parts of the United Kingdom — Scotland, Wales and Northern Ireland — are following their own, but similar plans. Wales will also see non-essential retail reopening and border restrictions eased. Accordingly, travel will be permitted to the rest of the UK and Ireland.In Northern Ireland, the "stay at home" order ends Monday, as the number of people permitted to meet outdoors rises from six to 10.

After a full three months of lockdown, legally set in place on 6 January, the first step of easing restrictions saw schools in England reopen on 8 March.

The next milestone is set for 17 May, when socialising indoors will be permitted under the "rule of six".
The final planned stage is set for 21 June and will see the abolition of all limits on socialising.

It will also allow the reopening of all sectors that remained closed until that date, such as nightclubs.

"The watchword has got to be caution, really… It's not clear exactly when or how big it will be, but there is, I think, inevitably going to be a bit of a rebound in the number of cases when things are relaxed," Professor Peter Horby, chairman of the New and Emerging Respiratory Virus Threats Advisory Group, said on Times Radio.

It’s not just the very elderly who are benefiting, either. This chart (concept from @JamesWard73) shows that as the UK’s vaccination rollout has progressed down through the age groups, so has the vaccine effect. It’s amazing how clear the pattern is. pic.twitter.com/TOQG4Vu9qI

​The easing of restrictions comes as the UK could potentially vaccinate 75 percent of its population by August, according to Airfinity, which tracks global vaccination programmes.

On Sunday it announced that 75 percent of the UK population could be inoculated by the first week of August.
A record total of 475,230 second doses were administered on 10 April - along with 111,109 first doses, with Johnson praising the "record-breaking day" on Twitter.

Yesterday was a record-breaking day with 475,230 people receiving second doses. More than 7 million have now been fully vaccinated.

Thanks to everyone involved in this extraordinary effort which has already saved thousands of lives.

​On Sunday, around 1,730 people in the UK had a confirmed COVID-19 positive test, raising this week’s total to 18,403, which is a 30.2 percent decrease in comparison to the last seven days.