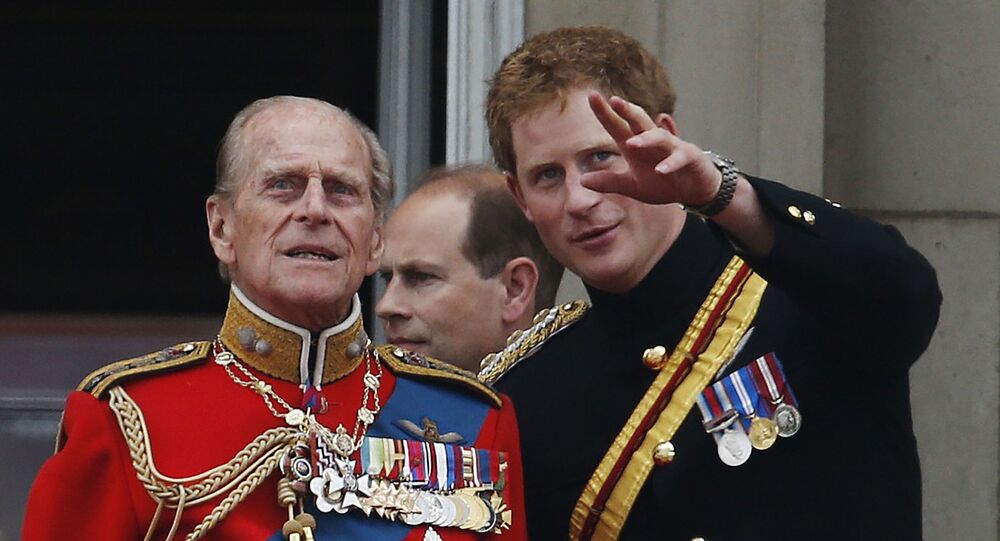 Oprah Winfrey's bombshell interview with the Duke and Duchess of Sussex has left the royal family “reeling”, insiders suggested shortly after the scandalous interview went on air worldwide. Officially, Buckingham Palace said in a statement that they were “saddened” by claims raised by Prince Harry and Meghan, especially those regarding race.

Prince Philip was sympathetic to Prince Harry but did not believe his decision to leave his senior royal post and depart for North America was “the right thing” to do, his royal biographer Gyles Brandreth claimed in an article for The Mail on Sunday.

Moreover, the author notes that the Duke of Edinburgh had described his grandson’s recent Oprah Winfrey ‘tell-all’ where the Sussexes detailed their displeasure with royal life as “madness.”

“I know from someone close to him that he thought Meghan and Harry’s interview with Oprah Winfrey was ‘madness’ and ‘no good would come of it,’ ” Brandreth wrote.

“I was not surprised because that is exactly how he described to me the personal TV interviews given by Prince Charles and Diana, Princess of Wales, back in the 1990s.”

According to Brandreth, who had known the Queen’s husband for over 40 years before he peacefully passed away on 9 April at Windsor Castle after weeks battling poor health, the Duke of Edinburgh was not bothered by the fact that the scandalous talk was broadcast while he was in hospital. But there were some other issues the 99-year-old prince was apparently concerned with.

“The fact that the Meghan and Harry interview was aired while Philip was in hospital did not trouble him,” Brandreth wrote.

“What did worry him was the couple’s preoccupation with their own problems and their willingness to talk about them in public. ‘Give TV interviews by all means,’ he said, ‘but don’t talk about yourself.’ ”

Brandreth claims that this was one of Prince Philip’s rules:

The Duke of Edinburgh was not at all “judgemental” or “unfeeling” when Harry and Meghan announced their decision to step down from their senior royal posts in January 2020.

“He said to me: 'People have got to lead their lives as they think best’,” Brandreth recalled, noting that Prince Philip had a sympathy towards the couple’s “mistrust of the media” and “even more so with Harry's desire to 'do his own thing in his own way'.”

But Prince Philip was still sorry that “it should come to this” and his grandson would now have to relinquish his royal titles, patronages and military appointments.

© REUTERS / POOL New
Britain's Prince Philip, Duke of Edinburgh talks to Prince Harry as they leave after the wedding of Lady Gabriella Windsor and Thomas Kingston at St George's Chapel, in Windsor Castle, near London, Britain May 18, 2019

"Harry had only succeeded his grandfather as Captain General of the Royal Marines in 2017. Philip had done the job for 64 years. Harry had barely managed 30 months,” Brandreth claimed.

“The Duke of Edinburgh was not pleased, nor did he believe that Harry and Meghan were doing the right thing either for the country or for themselves,” he added.

But according to the writer, Prince Philip still admired his grandson, describing him to the biographer as “a good man”.

The Duke of Edinburgh’s funeral will take place on 17 April in Windsor; the United Kingdom entered eight days of national mourning on Friday. Prince Harry has reportedly arrived to the UK to attend the service, meeting his family for the first time since a controversial departure to North America last year. His wife Meghan Markle, now pregnant with the couple’s second child, has stayed in Los Angeles upon the advice of her doctors.