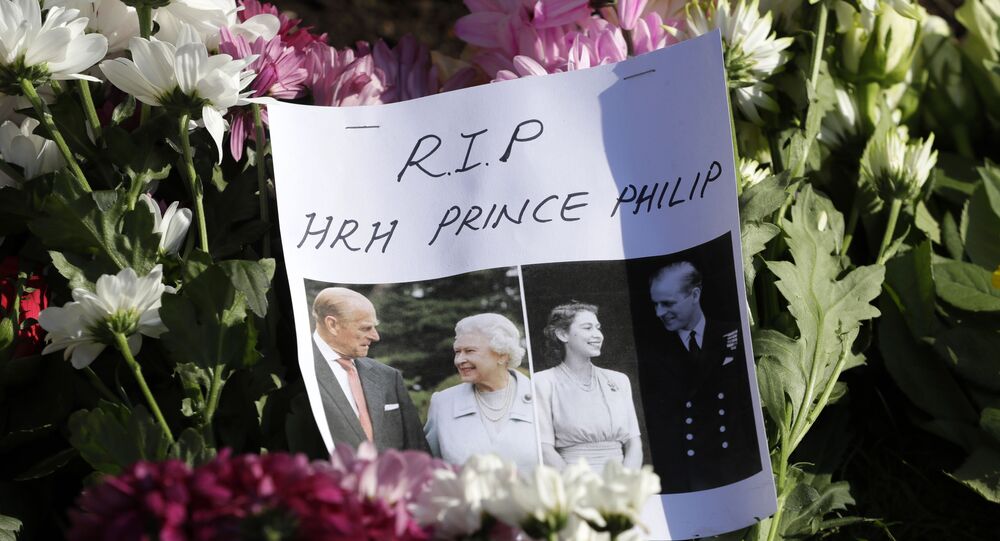 LONDON (Sputnik) - Over 6,000 Britons have signed up for a petition to erect "a prominent statue" in London in tribute to late Prince Phillip’s years-long service to the country.

The petition at change.org notes that the Duke of Edinburgh served the UK for 78 years, including 13 years in the Royal Navy and then 65 as the country’s longest-serving consort. In addition, he supported several hundred charity organisations.

"We say there should be a prominent statue of the Duke in London to recognise the above, as well as his great personal dedication and support to Her Majesty the Queen", the petition read.

The Telegraph, meanwhile, reported, citing sources, that members of parliament and the Downing Street have all backed the plan. The monument would be reportedly set up on the Mall, not far from the Buckingham Palace. It will be built with funds partially raised from donations.

Queen Elizabeth II's husband died on Friday morning at Windsor Castle at the age of 99. His funeral funeral will take place in Windsor on 17 April. In line with his wishes, there will be no state funeral and lying-in-state.