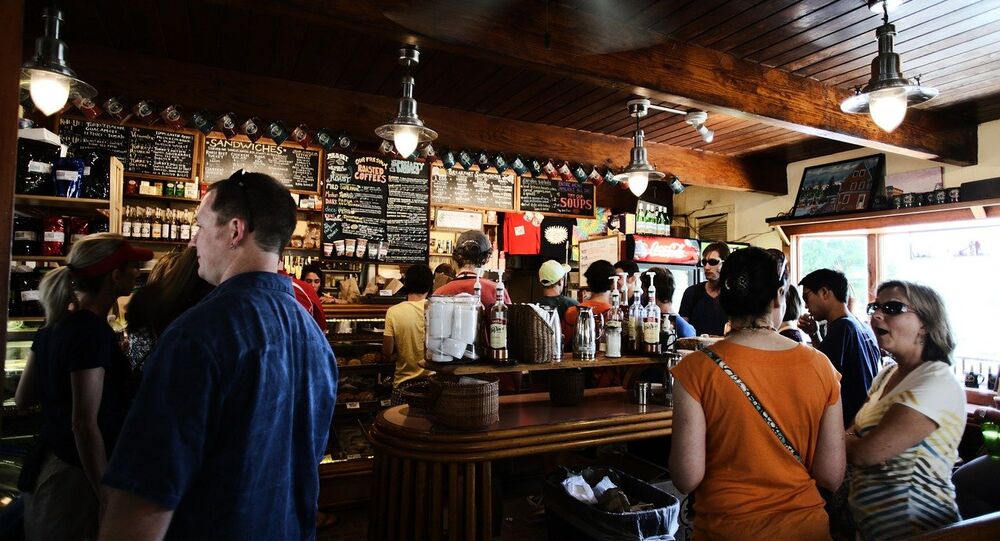 Starting from next week people will be allowed to visit pubs and cafes, which will be serving outdoors. People are allowed to meet outside, but the groups should not exceed six people. Unlike previous lockdowns, this one will be lifted in stages and four conditions must be met in order to proceed to the next stage.

Residents of England are expected to flock pubs and cafes next week following four months of lockdown, with businesses reporting record bookings. The development seems to be good news for the economy, which have suffered enormous losses due to the coronavirus pandemic. However, business owners are unhappy about the upcoming flood of customers.

"We think roughly one third of pubs will open on Monday, and perhaps only a third of those will be profitable. The idea that 'the pubs are opening, therefore everything is now OK' couldn't be further from the truth", said James Calder, chief executive of the Society of Independent Brewers, which represents 830 independent craft breweries across Britain.

© AP Photo / Frank Augstein
The window of The Rutland Arms pub shows their opening date in Hammersmith, London, Wednesday, April 7, 2021. After the Coronavirus related lockdown, restaurants and pubs will be allowed to serve customers outdoors from upcoming Monday April 12 but customers must order, eat and drink while seated at a table.

Industry experts say cash flow problems, lack of outdoor space, and cold weather are to blame for the current predicament.

Reports say UK businesses invested tens of thousands of dollars to serve customers outdoors, buying blankets, parasols, outdoor heating, and furniture, but according to chief executive of the British Beer and Pub Association Emma Clarkin, pubs reopening next week will start operating at a profit only after they welcome customers indoors. This will happen at stage three of the reopening, which is scheduled no earlier than 17 May.

Clarkin argues that safety restrictions introduced by the UK government prevent catering businesses from working at viable levels and predicts that nobody will see profits until 21 June, when all coronavirus restrictions are scheduled to be lifted.

© AFP 2021 / TOLGA AKMEN
After-work drinkers enjoy a pint outside a pub in Borough Market, in London on September 25, 2020, as new earlier closing times for pubs and bars in England and Wales are introduced to combat the spread of the coronavirus.

The issue prompted Sacha Lord, nightclub operator and night-time economy adviser for Greater Manchester to file a lawsuit over the government's plan on easing the lockdown. He argues that there is no scientific evidence that catering businesses should open weeks later than indoor shops.

"My argument is let's open these safe places, which are monitored and regulated, because if we don't, people are going to start mingling where there are no measures in place and that will be more dangerous than people being monitored", he said.

Lord previously successfully challenged several government decisions such as the introduction of a 10 p.m. curfew and a rule that required people to buy a substantial meal in a pub or restaurant when they order alcohol.

What Else Will be Allowed?

England will proceed to the next stage of reopening if all four conditions are met. They include: