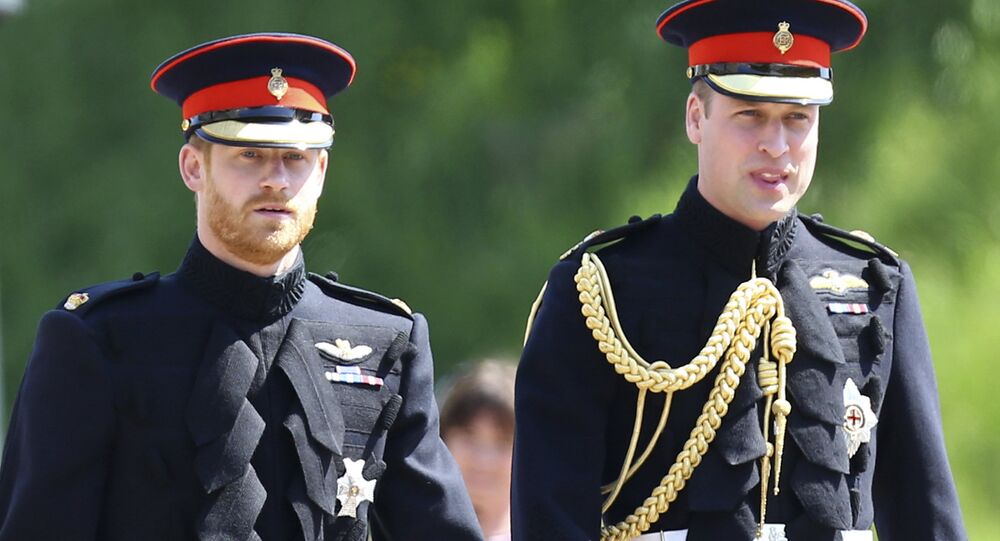 The Duke and Duchess of Sussex and their son Archie are currently living in Los Angeles after resigning from their royal duties. Earlier this year, their interview with Oprah Winfrey caused a major controversy in the UK, as the couple made several explosive allegations about the Royal Family.

Prince William and Prince Harry are expected to reunite, walking side by side in a funeral procession behind their grandfather's coffin on 17 April, the Daily Mail reported, while Meghan Markle won't be attending the ceremony following medical advice, as she is pregnant with her second child.

The brothers have not seen each other for over a year, and had an "unproductive" conversation following the bombshell Oprah interview last month, which caused a major rift between the Sussexes and the rest of the family. During the tell-all sit-down, Meghan claimed that she was denied help from royal aides when feeling suicidal during her first pregnancy, adding that there were "concerns" in the family about the skin tone of the yet-to-be-born baby.

The Duke of Edinburgh, who died on Friday at the age of 99, will be taken to St George's Chapel at Windsor Castle, taking his last ride in a Land Rover he personally helped to design. According to reports, it was Prince Philip's wish, as he told the Queen "Just stick me in the back of a Land Rover and drive me to Windsor".

Gun salutes were held across the country to honour the late prince-consort, while mourning Britons brought flowers to Windsor Castle.