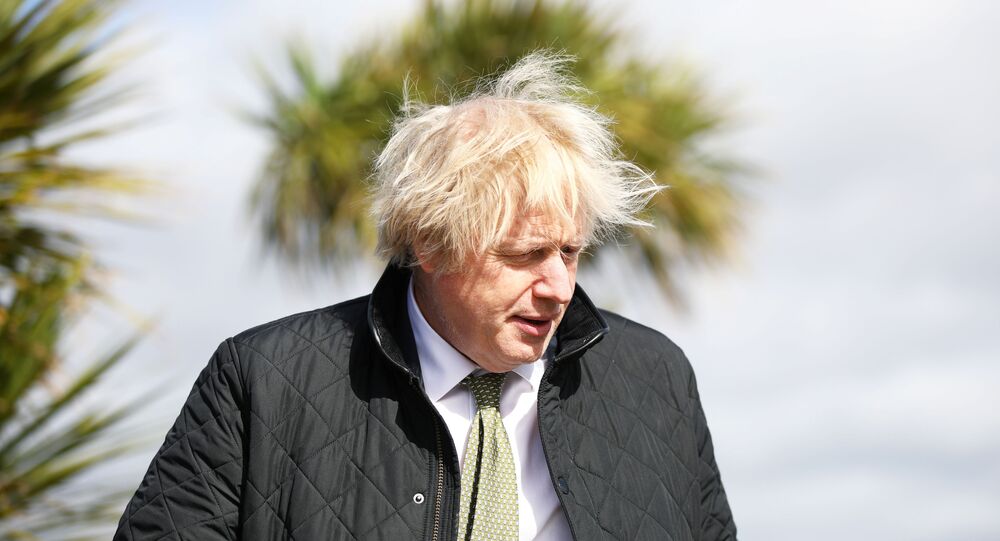 MOSCOW (Sputnik) - British Prime Minister Boris Johnson will not attend the funeral of Prince Philip later this month in order to make room for as many family members as possible amid strict coronavirus regulations, a Downing Street spokesperson announced.

"The Prime Minister has throughout wanted to act in accordance with what is best for the royal household, and so to allow for as many family members as possible will not be attending the funeral on Saturday [April 17]," the spokesperson said on Saturday, as quoted by The Telegraph.

According to the spokesperson, current pandemic regulations only allow 30 people to attend next weekend's funeral.

Earlier on Saturday, Buckingham Palace announced that funeral for Prince Philip would take place on April 17 in Windsor. Prince Harry will attend the funeral, according to British media reports, but his pregnant wife, Meghan will opt out, as she has reportedly been advised not to travel.

Queen Elizabeth II's husband, and the longest-serving consort of any British monarch, died on Friday morning at Windsor Castle at the age of 99. The Duke of Edinburgh's funeral at St George's Chapel will begin Saturday, April 17, with a nationwide minute of silence at 3:00 GMT.

A full list of attendees is expected to be released next week.

A royal source told The New York Post that Prince Philip wanted to die peacefully in the comforts of his own home, not in a hospital bed — a last wish that came true on Friday. According to UK media reports, the Queen was at her husband’s bedside when he died.

In February, the Duke of Edinburgh was admitted to the hospital for heart surgery, after which he was released in mid-March.