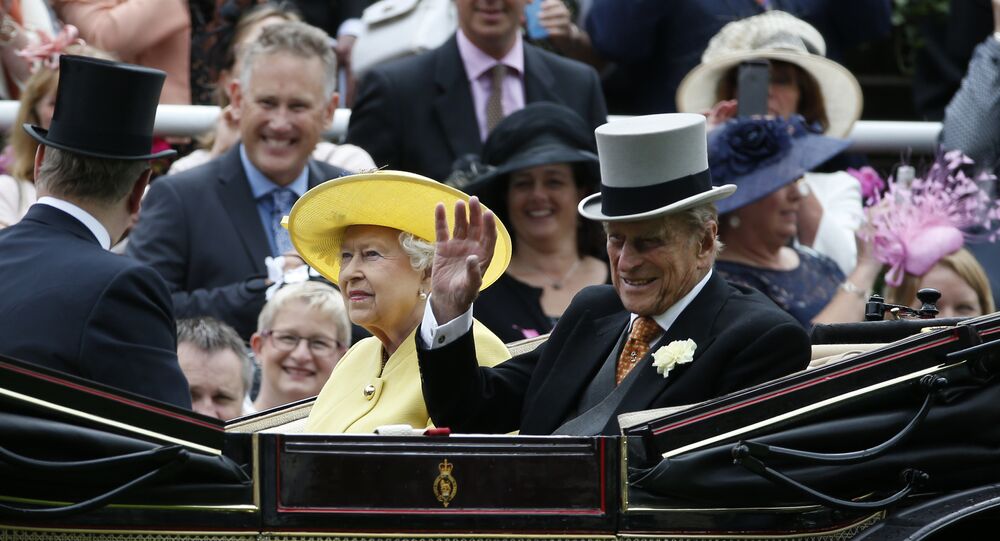 According to a statement released by the Royal Family, the Duke of Edinburgh, 99, passed away peacefully. The details of his funeral are expected to be released this weekend, however, the ceremony will not be held on a large scale due to coronavirus restrictions.

Failing health did not prevent Prince Philip from spending a good time with his wife Queen Elizabeth II, the Daily Mail reported citing insiders, who shed light on the final days of the royal's life. According to them, the Duke of Edinburgh spent recent weeks sleeping for much of the day, however, there were moments of "great lucidity and joyful togetherness".

During those times, the royal was in a playful mood and refused to be helped by aides. An insider spoke about a moment when Prince Philip dropped his reading glasses. The page rushed to pick them up, but the royal raised his arm and said: "Never mind. I'll do it". And he did, the insider told the Daily Mail.

There was no dramatic decline in his health and earlier this week the Duke of Edinburgh was in good form, according to staff. Although domestic routines were changed for the royal so that he felt as comfortable as possible the leitmotif of his final days was "no fuss", the insider said.

The "no fuss" rule was reportedly applied every time the royal was hospitalised. He didn't want anyone to visit him, especially the Queen, who, Prince Philip claimed, should be focused on royal duties and the family.

© AP Photo / Alastair Grant
Gun Salutes Held Across Britain to Honour the Late Prince Philip - Videos
Even when the royal became too weak to walk he refused to use a wheelchair. "Get that bloody thing out of my sight!", Prince Philip said when the wheelchair first appeared in his room as cited by an aide.

After spending a month in a hospital, where the Royal Family said he was treated for "an infection" and underwent a heart procedure, his only wish was to spend his last days at home with the Queen.

Upon his wishes there will be no state funeral and no lying in state, where members of the public would have been able to pay their respects. The funeral will take place at St George's Chapel. Details of the ceremony will be unveiled in the coming days.