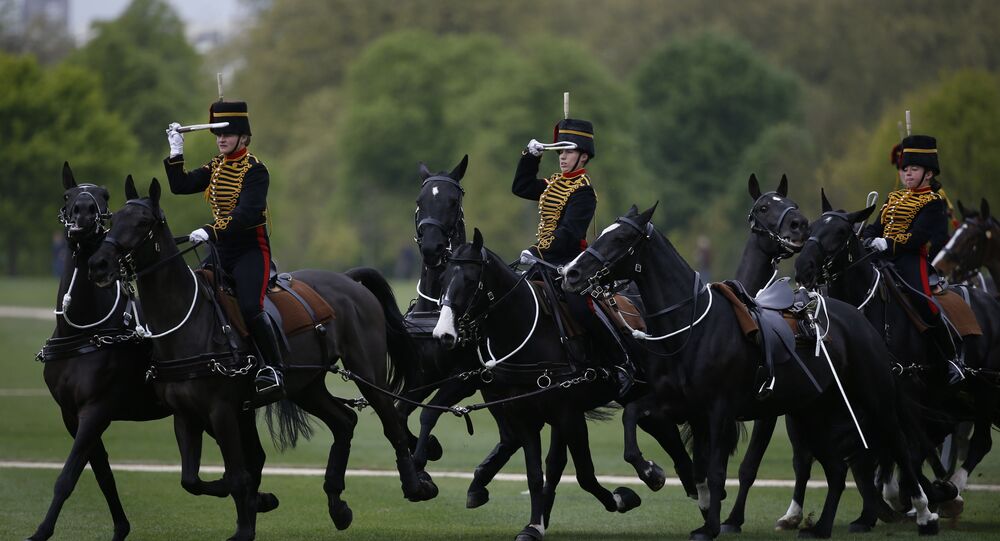 In his youth, the prince served in the Royal Navy during WWII and even participated in the battle of Cape Matapan against the Italian fleet in March 1941.

Gun salutes have been announced across the United Kingdom in the wake of Prince Philip's death. British soldiers will fire 41 rounds every minute for 40 minutes, honouring the late prince in London, Cardiff, Belfast, and Edinburgh, while flags will fly at half-mast around the country.

"The tradition of Gun Salutes being fired throughout the country to mark significant national events dates back to at least the eighteenth century, and there are historical records of salutes taking place as early as the 14th century when guns and ammunition began to be adopted more widely. Similar gun salutes were fired to mark the death of Queen Victoria in 1901", an official statement from the Royal Family read.

The 105th Scottish and Ulster Regiment are preparing for a gun salute in honour of Prince Philip at Edinburgh Castle @itvnews pic.twitter.com/zRVjIowS89

The gun salute at Edinburgh Castle in honour of HRH The Prince Philip, Duke of Edinburgh pic.twitter.com/hEs2xdZrGc

The King's Troop Royal Horse Artillery will use the same guns that were fired for the royal wedding back in 1947, and at the Queen's coronation ceremony in 1953, according to the statement.

Crowds line Tower Bridge and banks of the Thames for a 41-gun salute for Prince Philip pic.twitter.com/UPJkDsA3IF

The Duke of Edinburgh passed away on Friday at the age of 99, after spending a month at a hospital earlier this year and undergoing surgery for a chronic heart condition. The Duke of Edinburgh is set to be buried in Windsor, without a state funeral or lying-in-state ceremony, "in line with custom and with His Royal Highness's wishes", the College of Arms said.