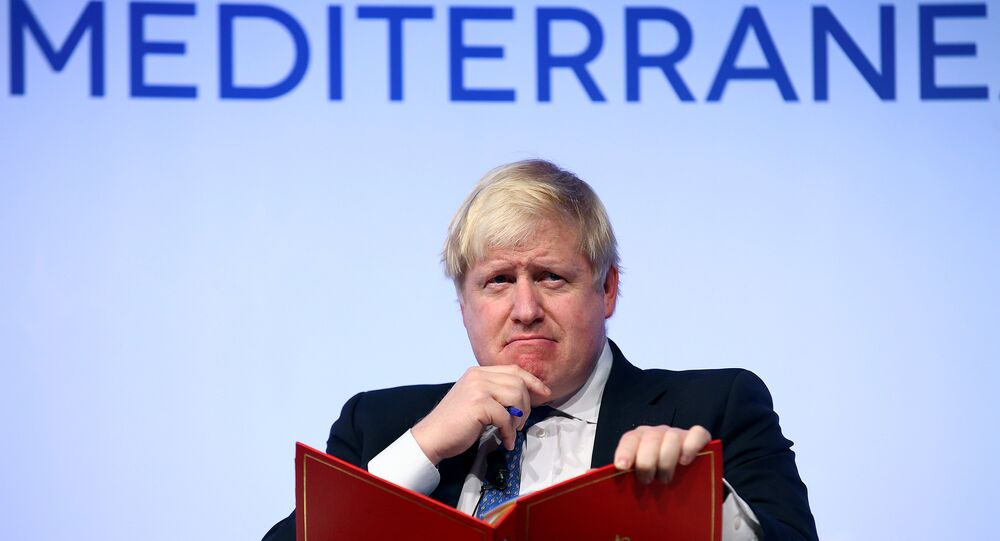 The author of the book, Alan Duncan, served as minister of state for Europe and the Americas as well as Boris Johnson's deputy when the latter was the head of the Foreign Office between 2016 and 2019. He resigned in protest to Johnson becoming the leader of the Conservative Party.

UK Prime Minister Boris Johnson has been called an "embarrassing buffoon" and a "clown" in a memoir penned by former government minister Alan Duncan. The book, which the British media called one of the most "explosive political diaries ever to be published", covers Duncan's final years in the government.

In one of the excerpts recently published in the Daily Mail, the former politician details his row with Johnson, who served as UK foreign secretary between 2016 and 2018. Duncan claims that Britain's top diplomat summoned him over a press report about diplomats treating Johnson as "an international joke". Duncan writes that Johnson believed his deputy was behind the report.

"We had a stand-up confrontation – he had completely popped", the ex-minister wrote. "Why don't they take me seriously?", Johnson asked. "Look in the f***ing mirror!", Duncan replied, adding that in the ensuing row he told Johnson to admit that the allegations in the article were true and that he was a "joke".

Duncan then chastises his colleague calling him an "ill-disciplined, shambolic, shameless clot", a showman and "an international stain" on Britain's reputation. The former minister alleges that Johnson knew none of the details of Brexit and claims some officials shared his opinion of Johnson.

"[Business Secretary Kwasi Kwarteng said] Boris doesn't appreciate that diplomacy is not about nice conversations with your friends: it's about engaging with those who are awkward", Duncan wrote.

Who Else is Mentioned in the Memoir?

The former minister of state for Europe and the Americas didn't stop at Boris Johnson. He castigated many of his colleagues – current and former officials:

Former UK Prime Minister Theresa May is said to have been Duncan's friend since university. The ex-minister, however, did not mince words when speaking about her. Duncan writes that she led "a government of walking dead" with a "Cabinet of zombies" after the 2017 snap election, which saw the Conservative Party lose its majority in parliament.

"A frightened rabbit … cardboard cut-out. You never know what's churning away beneath her undemonstrative demeanour. Her social skills are sub-zero", Duncan wrote about May.

Home Secretary Priti Patel was dubbed "a nothing person" and "a complete and utter nightmare". Duncan writes she was not popular among officials when she served as secretary of state for international development.

"They hate Priti, mainly because she seems to hate all of them", he wrote.

Former Chancellor of the Exchequer Philip Hammond was criticised for his failure to keep the Tories' campaign promise not to increase taxes. "He has no feeling whatsoever for people on low incomes, and is a Spock-like trampler over anyone else's sensitivities", he wrote. Chancellor of the Duchy of Lancaster Michael Gove was branded "an unctuous freak" and "a whacky weirdo".

The memoir "In The Thick Of It" is set to be released on 15 April.