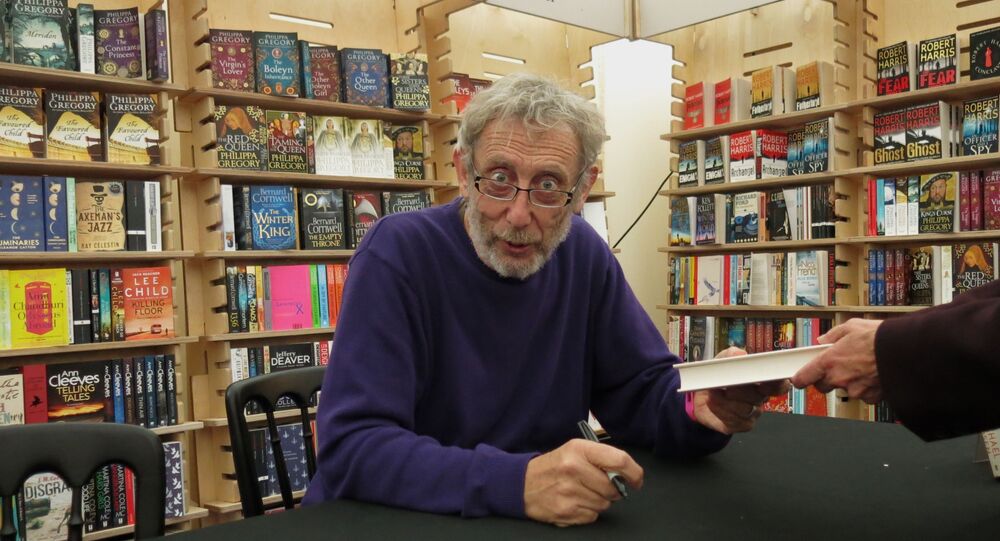 Michael Rosen, the author of famous children's books including "We're Going on a Bear Hunt", has spoken about how he lost his big toenails and started "growing sand" on his skin after recovering from a severe case of the deadly coronavirus.

Famed British children's author and poet Michael Rosen has spoken of the strange "long COVID" symptoms he has suffered since barely surviving the deadly virus.

Interviewed on Sky News on Thursday, the former Children's Laureate said he had lost most of the sight in his left eye and most of the hearing in his left ear after spending 48 days in intensive care last year — 40 of those in an induced coma.

"I've lost the sense in my toes, I've got numb toes", Rosen added, saying he "rather mysteriously" lost his big toe nails.

​He said he suffered "micro-bleeds" in his brain that "knocked out the nerves", adding: "I've probably lost these faculties here".

"There's very strange and not so serious symptoms", Rosen explained. "For example, I grow a kind of sand on my skin, and then — if I get a wound of any sort — the skin granulates. That means you sort of produce extra skin and so the wound doesn't heal up".

© Photo : Pixabay
COVID-19 ‘Long Haulers’ Most Often Experience Brain Fog, Fatigue, Study Finds
​The author is unlikely to be going on any imaginary bear hunts soon, as he is still rehabilitating and recovering his ability to walk.

Numerous patients have complained of protracted recovery or long-term symptoms in what has been dubbed "Long COVID". They have described a range of symptoms including hair loss, reduced sense of smell and taste, and "brain fog".

"Two thirds of those with self-reported long COVID told us it's limiting their day-to-day activities so they're not able to do the things they would've been able to do before", Office of National Statistics head of health and life events Ben Humberstone said.

"And when you think this is most prevalent in people of working ages, that's going to have a real impact on the world of work, childcare, and things day to day we take for granted".

Over 200 Children Suffering From Long-Term COVID in Stockholm