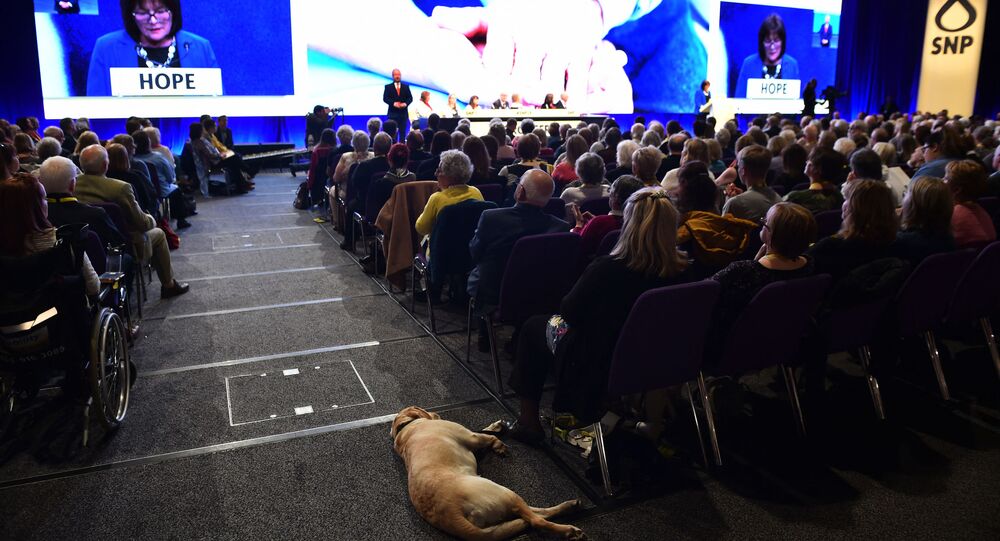 Late last week, Scotland's former First Minister Alex Salmond launched a new political party, pledging that it would stand candidates in the May parliamentary elections in a bid to strengthen the movement for Scottish independence.

Scottish Labour Party leader Anas Sarwar has lambasted what he described as the "circus" in the country's politics, pointing to a crisis of trust in Scotland's parliament after the government's handling of sexual harassment complaints against former First Minister Alex Salmond.

Speaking to the Scottish Parliamentary Journalists' Association on Friday, Sarwar said he wonders whether "the last number of weeks brought into sharp focus the principles of transparency and accountability" in Scotland's parliament.

"Of course they have, and even the most ardent SNP [Scottish National Party] supporter would have to recognise that", he asserted.

Sarwar also vowed to launch a "clean up Holyrood" commission after the May parliamentary elections in order "to give Scotland a parliament that can better hold the government to account".

When asked whether he would share a platform with Salmond after the ex-first minister expressed readiness to demand his new party's inclusion in election coverage, Sarwar made it clear that he would not do so.

"This is not a serious attempt to influence the politics or shape what our priorities should be for the next five years. I don't even believe it's a serious attempt to argue for independence or a referendum. What it is is a political campaign that is trying to cover a bid for revenge. I don't think our election campaign should be derailed by a circus or a SNP psychodrama", he claimed.

The remarks followed the former first minister announcing the formation of Alba, a Scottish nationalist political party that will stand candidates in the May elections in a bid to strengthen the movement for Scottish independence.

When launching the party late last week, Salmond denied the "new political force" would rival the SNP, claiming the presence of other pro-independence parties in the parliament would only "weaken" the position of the Westminster government in withholding powers to grant a second independence referendum.

In a separate development last week, two senior politicians announced they were quitting the SNP to side with Salmond, a move that infuriated First Minister Nicola Sturgeon who said she "definitely" has "much less patience for those who treat politics like a game - and for indulging anyone who puts self-interest ahead of the country's best interests".

"If the last year has taught us anything it's that politics is about improving people's lives or it is about nothing at all. And that takes purpose and hard work", Sturgeon added.

This came after Salmond was acquitted of charges of sexual assault in 2020 and won £500,000 ($691,982) in legal costs from the Scottish government after its handling of the investigation against the ex-first minister was ruled unlawful.

As far as a second independence referendum in Scotland is concerned, Prime Minister Boris Johnson has repeatedly rejected such calls, stressing the previous vote had already resolved the issue, while Sturgeon signalled that IndyRef2 may take place after the Scottish parliamentary elections on 6 May.

Scottish Conservatives Accuse SNP of Being 'Out of Touch' Over £600,000 Referendum Pot