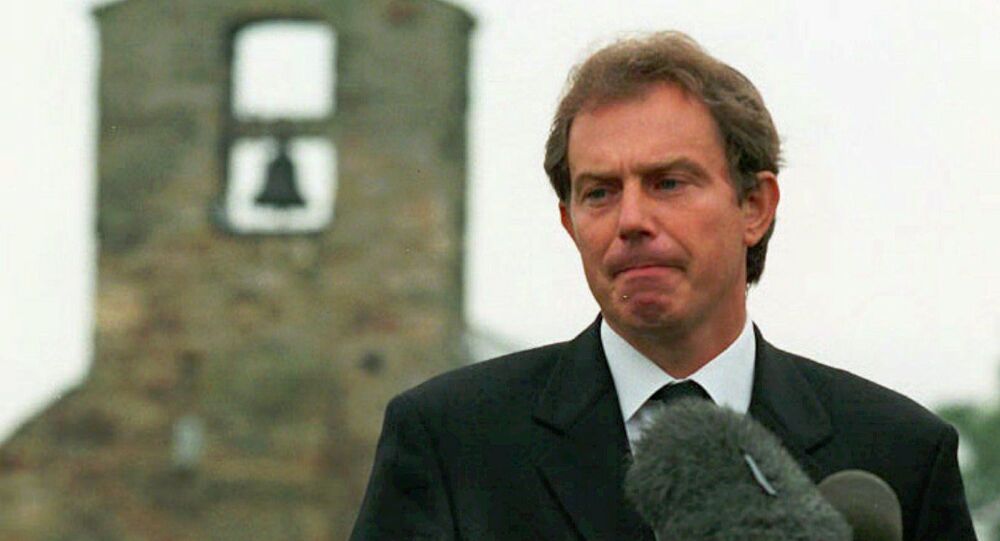 Tony Blair served as prime minister of the United Kingdom from 1997 to 2007, becoming the second longest-serving postwar British PM after Margaret Thatcher.

Former UK Prime Minister Tony Blair has admitted he had no experience of being at the helm of a government department when he entered office in 2007 and that working there was not so easy.

"I don't think I did enjoy the job because the responsibility is so huge. Every day you're making decisions and every day you're under massive scrutiny, as is your family. So I didn't know if I enjoyed it", he told the BBC on Friday.

Blair referred to "the paradox" of the situation, saying "you start at your most popular and least capable and you end at your least popular and most capable".

The ex-Labour leader also explained "the crazy thing" about the job of UK prime minister, arguing that "it's the only job I can think of in which the importance of what you're doing is so immense and the requirement of experience for doing it is so nugatory".

He likened being appointed a Cabinet head to a football fan getting the job of team coach.

"The first job I ever had in government was prime minister […]. I use the analogy of a football team. If you're looking for the new coach of Manchester United and said, 'I tell you what, we're going to find the most enthusiastic and persuasive fan we can find and put him in charge of the team', people would say, 'You're insane'", Blair pointed out.

© AP Photo / Aaron Chown
Tony Blair Admonished for Reportedly ‘Flouting' COVID-19 Quarantine Rules in 'Flagrant Manner’
The 67-year-old occupied Downing Street between 1997 and 2007. His popularity started to plummet after he took the UK into the Afghan and Iraq wars, drawing criticism that he was US President George W Bush's "poodle", something that was rejected by the 43rd POTUS.

"I've heard he's been called Bush's poodle. He's bigger than that. This is just background noise, a distraction from big things", Bush claimed in a 2007 interview.