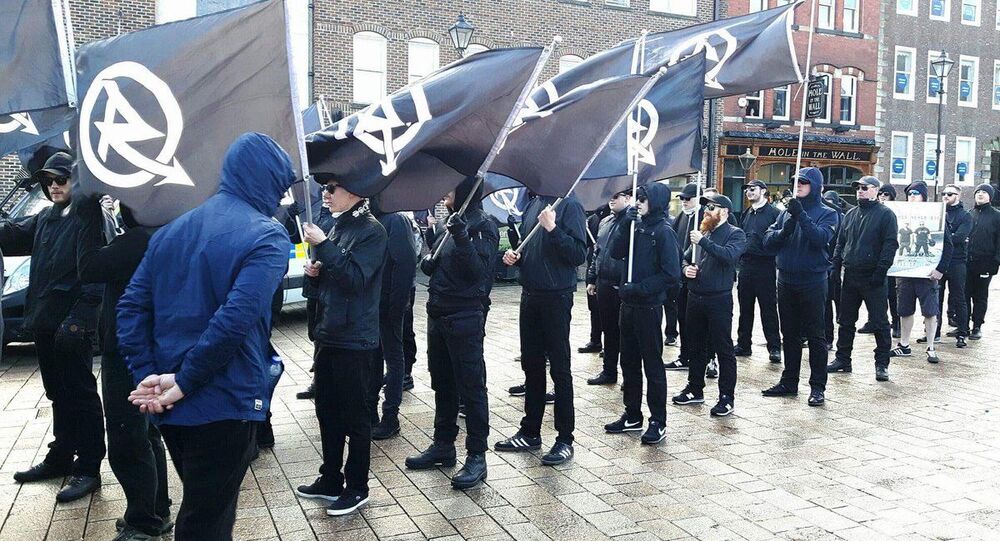 National Action, a white supremacist group, was proscribed as a terrorist organisation in 2016. Several of its members have since been convicted of terrorist crimes.

A serving police officer has been convicted of being a member of the right-wing terrorist organisation National Action.

Benjamin Hannam, 22, was also convicted of lying on police application and vetting forms about his membership to the group.

Ben Hannam, 22, has become the first British police officer to be convicted of belonging to a banned neo-Nazi terror group following a trial at the Old Bailey.

​Hannam was charged following an investigation by the Met's counter-terrorism unit, which itself came after the Iron March database was linked, which led to him being identified. 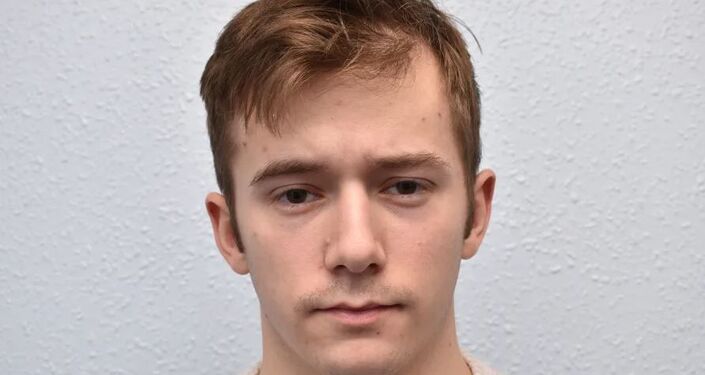 It emerged during his trial that Hannam had accessed a manifesto written by Anders Breivik, the Norwegian white supremacist who murdered 77 people in a series of attacks in 2011.

​The extremist group was outlawed under terrorism legislation in December 2016.

In 2018 National Action member Jack Renshaw was jailed for plotting to murder Labour MP Rosie Cooper with a machete.

Commander Richard Smith, head of the counter-terrorism unit, said: "There is nothing to indicate Benjamin Hannam was part of a deliberate infiltration or carried out any activity to draw others (in the police) into the ideology he holds."

He said there had also been no complaints raised about any of his work since he joined as a probationary police constable.

Cmdr Smith said: "There will be some concerns from the public that a member of National Action managed to become a police officer. But we acted very swiftly and robustly once he was identified."

He said: "This case does show the growth of right-wing terrorism both in the real world and online. This young man was radicalised by material online."

Hannam's trial at the Old Bailey heard he had joined a boxing camp with other National Action sympathisers and, after the group was banned, he took part in an organised graffiti day where he spraypainted the logo of NS131 (National Socialist Anti-Capitalist Action) on a wall.

NS131 was itself proscribed by the British government in 2017.

Cmdr Smith said Hannam first came to their attention in February 2020, four months after the Iron March database had been leaked on the internet.

An individual on the Iron March forum, calling himself Anglisc, was traced back to Hannam's computer.

Hannam applied to join the police in July 2017 and on his application form he denied ever being a member of the "British National Party or similar organisations with racist ideologies."

Cmdr Smith said: "If he had answered truthfully he would never have been accepted." 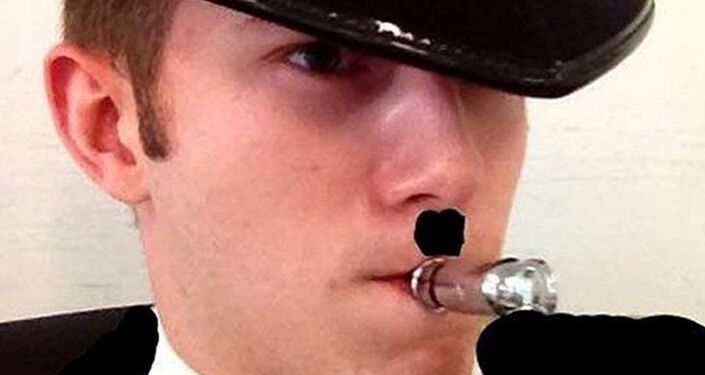 © Photo : Metropolitan Police
Benjamin Hannam drew a "Hitler moustache" on a photo of himself in a Nazi uniform

Prior to joining the police Hannam had attended the National Action conference in Liverpool and posed on a beach in nearby Crosby with other NA members.

The trial also heard that when he was at school Hannam submitted a piece of homework which was so anti-Muslim that the teacher refused to mark it.

In 2014 Hannam wrote on Skype: "I'm not a racist. I just don't like people whose skin is darker than mine."

On Thursday, 1 April, Judge Anthony Leonard QC lifted a ban on reporting restrictions after Hannam was convicted, in a second trial, of possessing an indecent image of a child.

Hannam will be sentenced on 23 April.