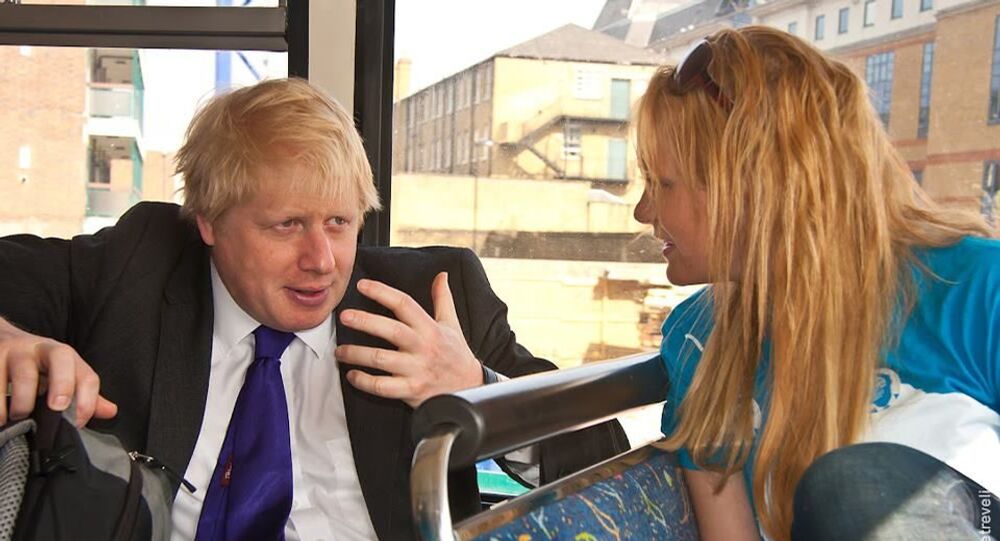 Following Jen Arcuri’s bombshell interview, in which the tech entrepreneur claimed she and then-London mayor Boris Johnson had a four-year affair, No. 10 said the prime minister "had no case to answer".

According to over 240 pages of emails and documents, released under freedom of ­information laws and investigated by the Greater London Assembly Oversight Board, Jennifer Arcuri signed up then-London Mayor Boris Johnson to speak at business events organised by the entrepreneur back in April 2014, The Times writes.

The internal documents also show that Arcuri bypassed City Hall officials by using her personal contact with "Boris himself" in order to secure his attendance at the events, and accompanied her emails with kisses and emoticons.

The messages reveal that some City Hall staffers were even unaware of Johnson's participation at a tech event Arcuri had set up. One official wondered why the then-mayor of London was set to attend a tech conference and queried if there was someone in the Greater London Authority whose job it was to stop false advertising in the mayor's name.

"Jennifer Arcuri of Innotech is advertising that the mayor is attending her summit. Is there someone in the GLA [the Greater London Authority] whose job it is to stop false advertising in the mayor's name, such as this?", the offical said.

Another official replied that Johnson would indeed be be attending the event "for 15 minutes".

© REUTERS / HANNAH MCKAY
Racy Pics & First Sex: Jennifer Arcuri Shares Saucy Details of Secret Romance With Boris Johnson
Over the weekend, the American entrepreneur claimed that she had a four-year relationship with Boris Johnson from 2012 to 2016, while he was mayor of London and was married to his now ex-wife, Marina Wheeler. Arcuri revealed racy details about their alleged affair, including how the two had sex on a sofa at his house just minutes before his then-wife returned home.

Several months ahead of the 2019 UK general election, British media outlets reported that Johnson was engaged in a conflict of interest for failing to declare his personal connection with Jennifer Arcuri. It was revealed that the tech entrepreneur had accompanied Johnson on three taxpayer-funded trade missions and received thousands of pounds through mayoral funds and government programmes for her company Innotech in 2013.

In 2019, the Independent Office for Police Conduct (IOPC) examined the prime minister's dealings with Arcuri and concluded there was no evidence to suggest that Johnson influenced the payment of sponsorship money to Arcuri's business.