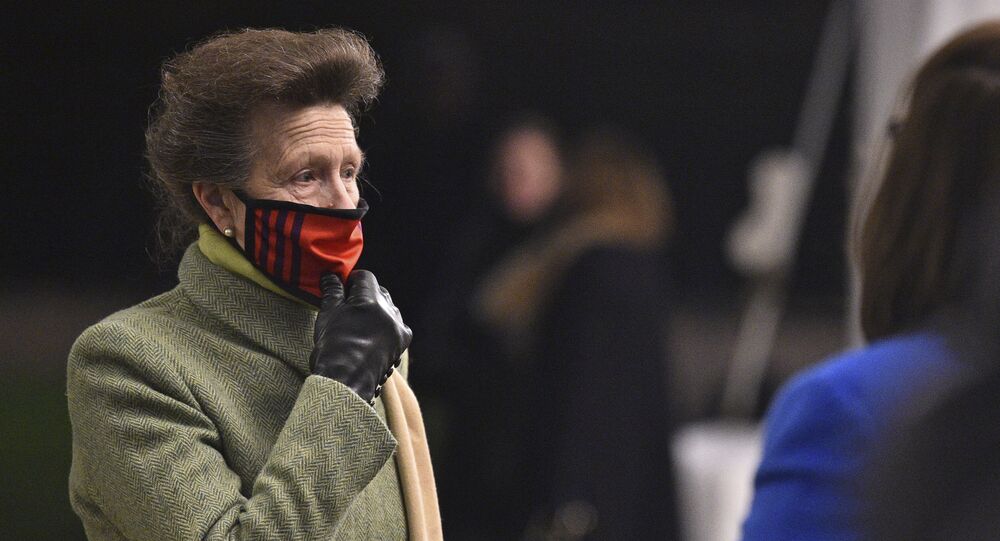 Earlier, Oprah Winfrey's bombshell interview with Prince Harry and Meghan, Duchess of Sussex, revealed that a senior member of the Royal Family had raised questions about the skin tone of the couple's unborn child, Archie. The pair did not name that individual.

Lady Colin Campbell, a 71-year-old British socialite who has written several books about the UK's Royal Family, has alleged that the individual who inquired about Archie's complexion was none other than Princess Anne.

The royal insider alleged in the latest episode of her podcast "Chatting With Lady C" that the sole daughter of Queen Elizabeth II and Prince Philip had been at the root of the explosive revelation.

Campbell, however, later chalked up the remarks as being the result of a "misunderstanding" regarding the differences between the British and American public. "There were no concerns about Meghan's colour", the author claimed.

"Princess Anne was rightly concerned that if the marriage proceeded and there were children there would be huge problems, not because of Meghan's colour, but because of Meghan's inability and determination to remain unable to appreciate the cultural differences", the socialite stated.

"Nobody is the guilty party in terms of racism, but Princess Anne was the champion in terms of 'don't marry that girl, she is unsuitable, she is wrong for the country, wrong for the job'. Well, it's turned out to be true".

Additionally, Campbell stated that Princess Anne had been one of the first to object to Harry and Meghan's union on the grounds of "conduct and character". She subsequently stated that three sources confirmed to her that Anne's concerns were "twisted".

© REUTERS / Handout .
Britain's Prince Harry and Meghan, Duchess of Sussex, are interviewed by Oprah Winfrey in this undated handout photo

The writer, who is also known as simply Lady C, further indicated that while she is "not friends" with Princess Anne, the pair have met "a few times".

Although Harry and Meghan revealed that a member of the Royal Family had inquired about the complexion of their unborn child's skin, the pair did not let slip which senior individual uttered the remarks. Following the interview, Harry informed Winfrey that the royal in question was neither Queen Elizabeth nor Prince Philip.

In the wake of the interview, Buckingham Palace released a statement and stated that "the whole family is saddened to learn the full extent of how challenging the last few years have been for Harry and Meghan". They further noted that they would be addressing the racial issues raised in the interview "privately".

Harry and Meghan Had No Secret Wedding Before Official Ceremony, Archbishop of Canterbury States