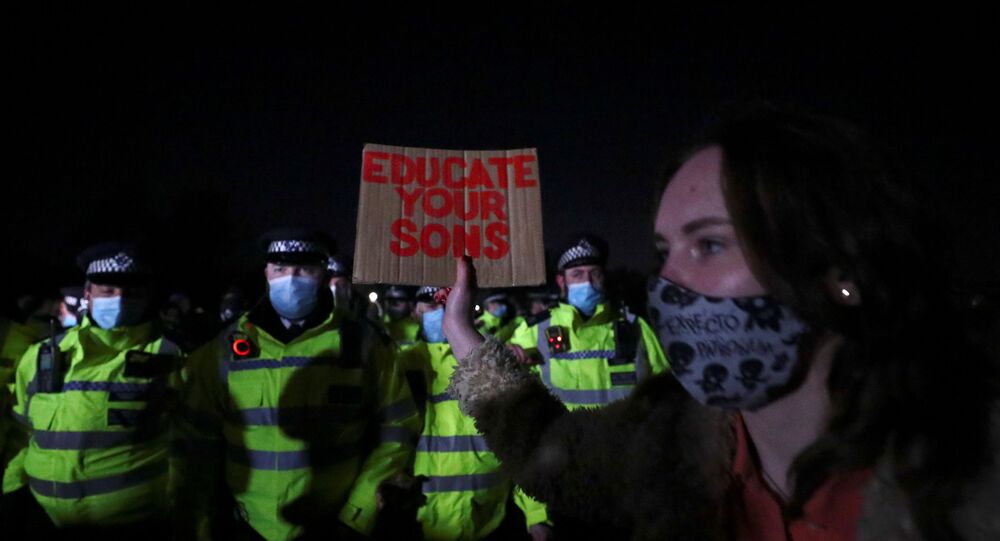 Sarah Everard went missing in London on 3 March and her body was found a week later in a woodland in Kent. A serving police was remanded into custody after he was accused of her abduction and murder.

© REUTERS / Hannah Mckay
Police detain a woman as people gather at a memorial site in Clapham Common Bandstand, following the kidnap and murder of Sarah Everard, in London