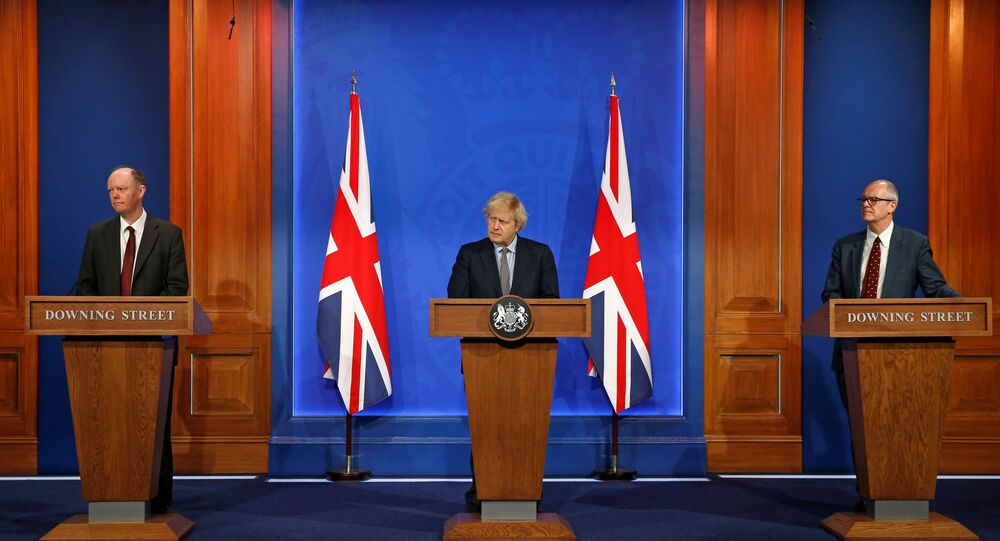 Earlier this month, it was revealed that a Russian-owned firm had helped build the new £2.6-million Downing Street press briefing room. Megahertz, who are based in the UK, installed communications equipment as part of the conference room's makeover.

Boris Johnson gave his first briefing in his new White House-style press briefing room on Monday night but on social media his words were lost amid a hail of criticism for the decor.

Johnson and his new press secretary, Allegra Stratton, decided to copy White House press briefings and splashed out £2.6 million on the new suite.

​But as the Prime Minister regaled the nation for the first time from it, there were many on Twitter who simply mocked the bright blue and orange walls, which were described as “gaudy” and “naff” and more reminiscent of a budget supermarket.

The New Boris Johnson Downing Street Press Briefing Room is already being toasted by the media as the Jennifer Arcuri Room. I wonder why?#GetTheToriesOut pic.twitter.com/xyZtyi0O2y

England took its first tentative steps out of the third lockdown to be imposed since the start of the COVID-19 pandemic on Monday, 29 March.

​The “stay at home” order is lifted to allow groups of six people or as two households to meet outdoors but people are being urged to “stay local”.

​Johnson tweeted: "We have got to remain humble in the face of nature and we have got to be prepared to do whatever it takes to protect the British public… As vaccines are being rolled out it's vital that we don't overdo it and risk all the progress we've made."