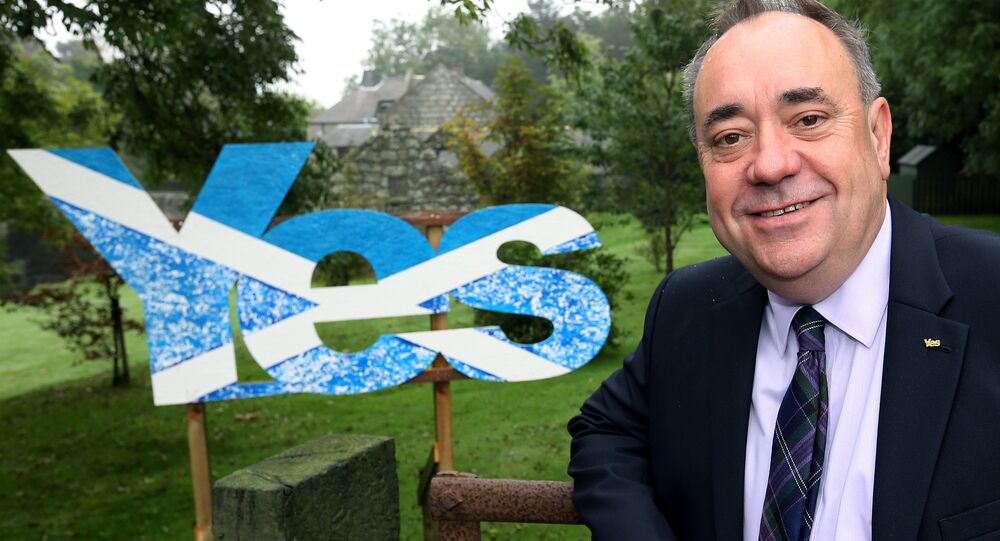 Internal divisions have plagued the Scottish National Party (SNP) since former leader Alex Salmond was accused of sexual assault offences, which he denies. After being acquitted last year Salmond accused the party of attempting to remove him and has now launched his own pro-independence party.

Former Scottish First Minister Alex Salmond said on Sunday that a pro-independence movement could pursue legal action against Boris Johnson and the UK government if Westminster continues to reject a new referendum on the matter.

Speaking to the BBC, Salmond said his new Alba Party will push for Scottish independence by replacing the Scottish National Party (SNP) on regional lists at the Holyrood elections in May.

Despite ongoing ruptures between Salmond and his former SNP colleague Nicola Sturgeon, he would be willing to enter into an alliance with the current first minister if a nationalist majority is elected in order to put pressure on Boris Johnson to accept a second vote.

He added that a pro-independence majority could seek legal action against Westminster if the PM does not grant a referendum despite most Holyrood officials being elected on that mandate.

"Our argument is that the independence negotiations, which we believe should start when there is an independent majority in the Parliament...these negotiations might encompass referendums or other democratic tests," he said.

He added that there will "certainly be peaceful demonstrations of the people of Scotland."

"That's all part of the political pressure that you build up to take forward the independence case."

SNP deputy leader Keith Brown on Sunday claimed that the party was closer than ever to securing the "dream" of independence following opinion polls showing more than 50 percent of Scots would support a withdrawal from the UK.

"Never before in our history have so many Scots shared our belief that independence is the right path for our country," he said.

Speaking at an SNP campaign conference on Sunday, he added that the party is "closer than ever to realising our dream of on an independent Scotland."

However, other recent polls have also shown declining support amid an ongoing civil war within the nationalist movement. Sturgeon survived a vote of no-confidence in Holyrood after she was found not to have broken the parliamentary code of conduct after claims she misled the Scottish Parliament over what she about the Salmond's sexual assault case.

Salmond then confirmed on Friday that his new pro-independence Alba Party would contest the upcoming May election and attempt to secure a "super" majority of pro-indyref2 MSPs in Holyrood.

In response, Scottish Conservative leader Douglas Ross warned Salmond would only cause "more division" during a time Scotland should be prioritising a recovery amid the pandemic.

"What Alex Salmond is offering is more division," Ross said, adding that he's not trying to "to solve the problem for the fishermen or anyone in Scotland."

"We can do far better than that in Scotland but only if we stop them and we showed over the last five years the only people who can stop the SNP, stop the nationalists, is the Scottish Conservatives."

​Nicola Sturgeon formally asked for permission to hold a new referendum in 2020 but PM Johnson rejected the request.

She's been attempting to secure a second vote on Scottish independence following the Brexit referendum in 2016. The SNP argues that the results of the first vote, which saw 55 percent vote to remain in the UK, was influenced by former Prime Minister David Cameron promising that Scotland would remain in the European Union.