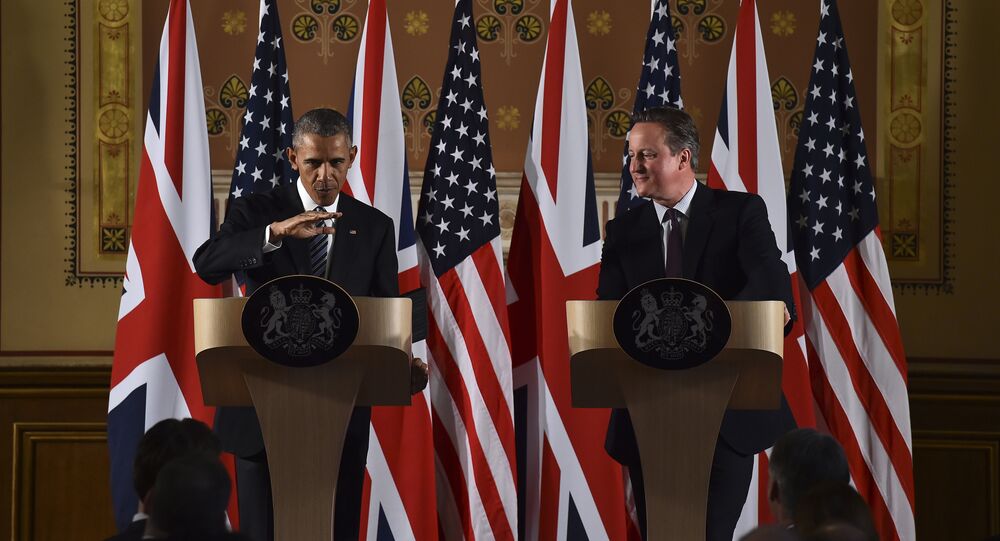 An Australian financier implicated in a lobbying scandal boasted that after David Cameron introduced him to Barack Obama, his firm was able to snare lucrative deals all over the world.

Lex Greensill, who was working as a Downing Street adviser during Cameron’s tenure from 2010 to 2016, said the brokered introduction to the then-US President allowed him to gain a foothold in the White House as well.

“One of the great things about being able to have an office at Downing Street, as I did, and indeed to also advise the President of the United States, is that they really do want to hear and to understand what the challenges of the real people are,” said Greensill in a 2017 interview with the Australian TV network ABC News, cited by the Daily Mail.

It was life on an Australian farm that inspired Lex Greensill to form a business out of helping small companies get finance. https://t.co/n8X88aTYbM via @skyuk #Sky #BusinessNews pic.twitter.com/uadJVUMbaM

​Greensill, who was presented with a CBE by the Prince of Wales for “services to the economy” in 2017, reportedly wielded enough influence as one of the Cameron administration's Crown representatives to assert he had a security pass to the Cabinet Office and a desk inside No 10 Downing Street.

Lex Greensill expanded on the clout he allegedly wielded on both sides of the Atlantic in an interview for The Australian newspaper in 2018, saying:

“David wanted advice [when he was PM]. It was really around, 'How do we get credit to small companies and what things can we do?' And then David introduced me to Barack Obama and I did a similar thing for the Obama administration."

That same year, the financier hired Cameron, who had been replaced as Prime Minister by Theresa May and had stepped down as Conservative MP for Witney in Oxfordshire, as an “adviser” to his firm.

This came as the British politician and businessman, who acts as an adviser to Greensill Capital, faced pressure over efforts last year to reportedly lobby the UK government and the Bank of England to increase the finance company’s access to COVID-19 loan schemes, just months before the firm collapsed.

Cameron, who purportedly had share options in the firm potentially worth tens of millions of pounds, texted the Chancellor, Rishi Sunak, on numerous occasions, The Sunday Times reported last weekend.

Lex Greensill, the firm’s founder, had already reportedly had unsuccessful talks with the Treasury about securing funding through the Government's COVID-19 Corporate Financing Facility, set up to help big firms.

That is purportedly where Cameron’s assistance came in.

On 26 March, just days after a probe had been launched into reports he'd asked Downing Street officials to help Greensill Capital, ex-PM David Cameron was cleared of breaking lobbying rules.

the Registrar of Consultant Lobbyists has let David Cameron off the hook (as I predicted) on the technicality that the register only applies to third-party lobbyists and not in-house lobbyists pic.twitter.com/Y1AOlzf2Mc

“The Registrar of Consultant Lobbyists has concluded his investigation into whether the Rt Hon David Cameron has engaged in unregistered consultant lobbying,” the registrar said in a statement, adding:

“His decision is that based on detailed information and assurances provided, Mr. Cameron’s activities do not fall within the criteria that require registration on the Register of Consultant Lobbyists.”

On 24 March, Prime Minister Boris Johnson said he had no knowledge of David Cameron lobbying Downing Street officials on behalf of Greensill.

Questions over Cameron’s activities with Greensill Capital, founded by the sugar cane farmer-turned-magnate in 2011, remain, writes the Daily Mail.

While originally focusing on supply-chain finance, the company subsequently diversified its revenue streams to offer conventional banking services, offering bonds based on debt it has purchased, and through funds managed with partner organisations, including Credit Suisse.

​Two years ago, the company claimed it had provided financing worth more than £100 billion to ten million customers in 175 countries.

But Greensill Capital filed for insolvency protection on 8 March 2021 after losing insurance coverage for its debt repackaging business. In its court filing, it stated that its largest client, GFG Alliance, had started to default on its debts.

Steel companies are doing great, prices are high, I wonder why there's so little interest in Liberty Steel that it would require a government bailout? pic.twitter.com/2XzsjQtDP2

​One casualty of the developments was its client Liberty Steel, which owns 12 steel plants in the UK, including sites at Rotherham, Motherwell and Newport, and employs 3,000 across Britain. The company had already been struggling as a result of a downturn in demand for specialist steel from aerospace and other manufacturers.

That's why I called on the UK Government to continue meeting with MPs & steel unions (@Community, @GMBWSW & @UniteWales) so the steel produced here in #NewportEast can be used in the economic recovery from Covid-19. pic.twitter.com/0RIzrf9oAx

​The government is looking at all options to keep Liberty Steel afloat, with UK Business Secretary Kwasi Kwarteng telling the House of Commons he had met the firm's management several times, saying "there is a future for the steel industry in the UK" and he hopes to support the company "in its entirety".