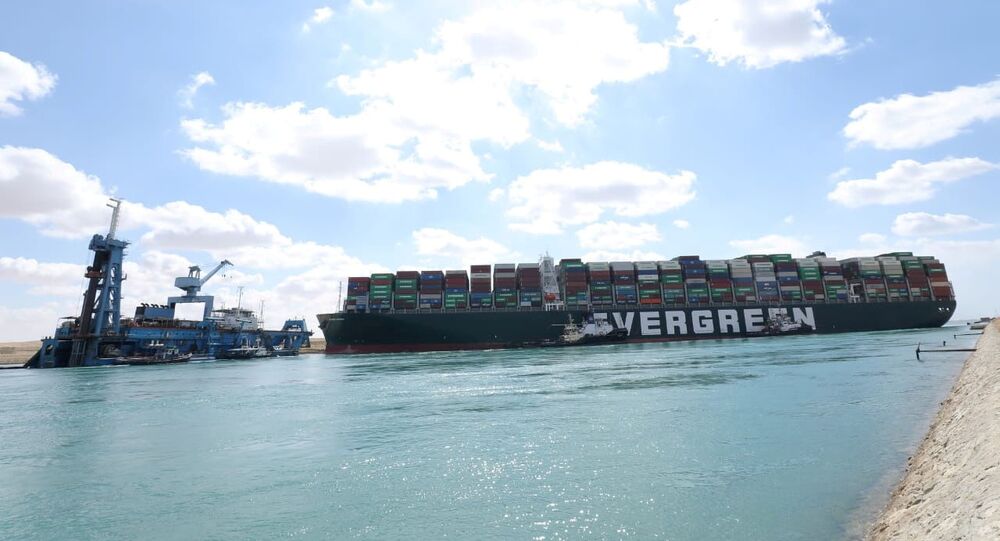 The Ever Given container vessel that ran aground in the Suez Canal on its way from China to the Netherlands has disrupted international trade, causing a maritime traffic jam of over 200 ships as rescue teams work desperately to set it free.

As the 1,300-foot (400m) long Ever Given container vessel continues to block the Suez Canal, experts have warned of major potential blowback for Brits’ purses, writes the Daily Mirror.

Fears have been voiced that prices might soar as the Suez Canal incident drags on, impacting the UK as the nation prepares to return to the shops again next month after COVID-19 restrictions are gradually eased, in line with a government pan.

Under the UK government plan, shops and hairdressers will reopen on 12 April, along with pubs and restaurants, albeit only outdoors.

Indoor venues such as theatres and cinemas are scheduled to open on 17 May, with the final stage of the plan to take the nation out of coronavirus lockdown, envisaging legal limits on social contact, removed tentatively around 21 June.

Experts have also warned that the blockage created by the Taiwanese mega-container ship in the crucial global trade waterway which separates Africa from Asia could trigger supply issues, potentially lasting for months.

© REUTERS / MOHAMED ABD EL GHANY
A view shows the stranded container ship Ever Given, one of the world's largest container ships, after it ran aground, in Suez Canal, Egypt 27 March 2021.

Lars Jensen, chief executive of Sea-Intelligence Consulting, was quoted by the outlet as warning that the backlog in freight traffic due to the incident would cause a “ripple effect” amid soaring costs and time delays.

“Even if the canal was to open tomorrow it would cause months of shipping delays. This is majorly important for companies and retailers. At some point it will reopen, and when that happens it will be like ketchup out of a bottle,” said Jensen.

Amid the backlog, some ships are rerouting round the Cape of Good Hope, with the journey adding another 3,800 miles – equivalent to 12 additional days from Asia to Europe.

in the last 24 hours more than 10 Suez-bound boxships have diverted around the Cape of Good Hope with container lines Maersk & MSC suspending bookings https://t.co/lO9yAqYNF1 pic.twitter.com/y1ycguV0jF

​Reflecting on what might happen once the incident is resolved, the expert said:

“Normally Europe receives around 50,000 containers a day as ports can largely handle that flow. Suddenly there will be a huge chunk of cargo at once, resulting in ports congesting. Ports won’t be able to handle this.”

Among those companies whose stock could be impacted, with prices likely to soar, is Swedish multinational conglomerate IKEA - the world’s largest furniture seller.

The jam, which is holding up almost 30 percent of global container traffic, could see Sony PlayStation 5 stock similarly impacted.

Seaport Freight Services, based at the Port of Felixstowe, which has 20 containers of goods on the Ever Given, has also bemoaned the delays.

"We're waiting on food goods like coconut milk and syrups, some spare parts for motors, we've got some fork lift trucks, some Amazon goods on there, all sorts," Steve Parks, director of Seaport Freight Services, was quoted by the BBC as saying.

There are also risks that some goods, such as perishable foods, could arrive too late to be sold.

One of the world's largest container vessels, operated by Taiwanese transport company Evergreen Marine, ran aground and became lodged sideways across the waterway on Tuesday after a gust of wind blew it off course.

Osama Rabie, Chairman of the Suez Canal Authority, voiced the opinion that “technical or human error” could have contributed to the stranding of the vessel.

© REUTERS / MOHAMED ABD EL GHANY
Ships are seen at the entrance of Suez Canal, where stranded container ship Ever Given run aground, Egypt on 28 March 2021.

Weighing 200,000 tonnes and boasting a maximum capacity of 20,000 containers, the vessel is blocking one of the world's busiest trade routes, with a tailback of other ships trying to pass.

According to @LethAgencies, "a total 326 vessels are waiting in the Suez Canal area".

​An attempt to move the Ever Given container ship will be made during high tide on Sunday, a source in the Suez Canal administration told Sputnik, after all previous efforts by tug and dredging operations at its bow failed.

President Abdel Fattah al-Sisi has ordered preparations for lightening the cargo of the giant grounded container ship, the head of the canal's authority told Egypt's Extra News on Sunday.