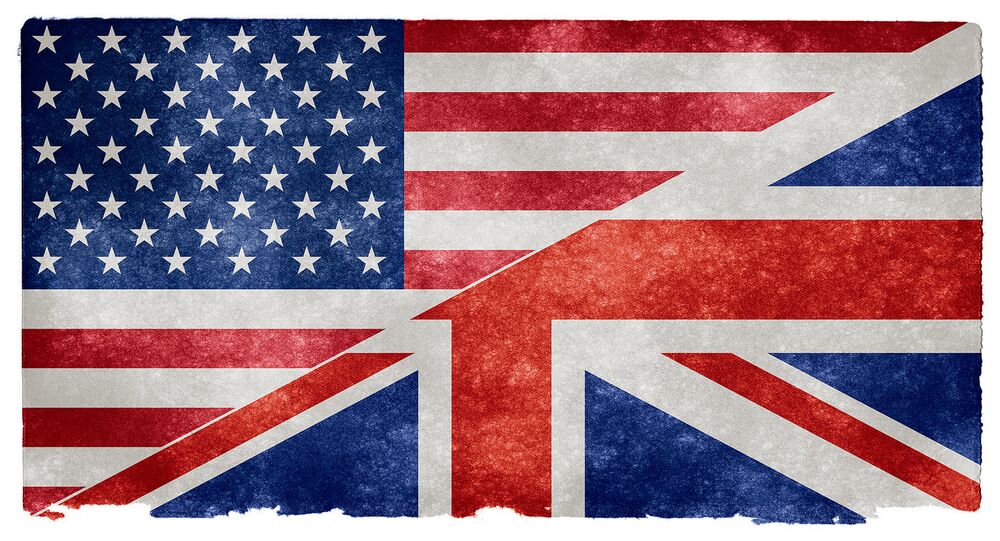 Johnson Reportedly Provides Details on 'Global Coalition': UK Teaming Up With US to Confront China

During a telephone conversation with Prime Minister Boris Johnson on Friday, President Joe Biden proposed that democratic countries come up with their own version of a sweeping infrastructure plan to rival China’s Belt and Road (OBOR) initiative, as Washington reiterated its intention to thwart Beijing’s attempts to outpace the US.

Boris Johnson has met with British politicians and peers sanctioned by Beijing to inform them that he is working together with the US towards boosting a global coalition effort to confront China in its ostensible push for supremacy, reported The Sunday Times.

The UK Prime Minister conferred with five of the politicians in the Downing Street rose garden on Saturday to express his “full-throated support” for them, a day after China announced sanctions against individuals and entities in the United Kingdom over what it called "lies and disinformation" about Xinjiang.

Beijing's move had come in retaliation to sanctions imposed by the UK, along with the United States, the European Union, and Canada, over allegations of "industrial-scale" human rights violations against the Uyghur Muslims residing in Xinjiang.

Conferring with Conservative MPs Sir Iain Duncan Smith, Nus Ghani and Tim Loughton, as well as crossbench peer Lord Alton of Liverpool, and the Labour Party’s Baroness Kennedy of The Shaws, Boris Johnson unveiled plans earlier outlined to him by US President Joe Biden in a telephone conversation.

The US President had proposed developing a strategy that would offset China’s sweeping Belt and Road initiative, which has been fervidly denounced by Washington as “predatory” and a manifestation of “debt trap diplomacy”.

Johnson reportedly echoed these sentiments, as he deplored Beijing’s policy of “buying up great parts of the developing world”, adding that these regions, including swathes of Africa, were becoming “trapped in Chinese debt”.

Speaking of the multi-trillion-dollar infrastructure scheme launched in 2013 by President Xi Jinping, seen as potentially boosting the Asian nation’s economic and political clout, Johnson was cited as saying:

“We need to come up with an alternative so that countries have a choice. The West needs to do this.”

The prime minister revealed that he and President Biden had agreed during their Friday call to funnel hundreds of millions of pounds behind the rival initiative.

The mulled strategy would offer countries around the world the confidence to criticise China on issues of human rights without risking losing billions in trade and investment, an MP present at the meeting was reported as saying.

“We have to show them China isn’t the only option. We need to put together a global coalition,” added the MP, according to the outlet.

“I suggested [to Johnson] we should have, essentially, a similar initiative, pulling from the democratic states.”

China’s ambitious project - its Belt and Road Initiative (BRI) – presupposes development and investment initiatives stretching from East Asia to Europe, and is estimated to have already attracted over 100 countries to cooperate in BRI projects to build railways, ports, highways and other infrastructure.

As of mid-last year, over 2,600 projects estimated to cost around $3.7 trillion were linked to the initiative, according to a Refinitiv database.

The current developments come as the Chinese Ministry of Foreign Affairs sanctioned nine Britons and their family members on Friday.

"The Chinese side decides to sanction the following nine individuals and four entities on the UK side that maliciously spread lies and disinformation," Beijing's foreign ministry said in a statement.

Duncan Smith called the sanctions against him a "badge of honour."

It’s our duty to call out the Chinese Govt’s human rights abuse in #HongKong & the genocide of the #Uyghurs. Those of us who live free lives under the rule of law must speak for those who have no voice. If that brings the anger of China down on me, I’ll wear that badge of honour. pic.twitter.com/kLqgd6Krpy

The entities targeted by the sanctions are the Conservative Party Human Rights Commission, the China Research Group, set up by a group of Conservative lawmakers, the Uyghur Tribunal, responsible for investigating the Chinese government's alleged rights abuses, and the Essex Court Chambers.

The nine individuals and their immediate family members are prohibited from entering Chinese territory, the ministry said.

"Their property in China will be frozen, and Chinese citizens and institutions will be prohibited from doing business with them," it added.

The move had come as retaliation after Britain, the US and other allies imposed sanctions on Chinese officials over allegations of human rights abuses ranging from forced labour, mass detention in internment camps to forced sterilisations and restrictions on religious freedoms against the Uyghur Muslims residing in Xinjiang.

Beijing has staunchly rejected all allegations, reiterating assertions that Uyghurs attend vocational education and training centres as part of a de-radicalisation programme to help integrate them into society.

Sir Lindsay Hoyle, the Speaker of the House of Commons, said that Beijing had retaliated “disproportionately” by announcing the sanctions on UK individuals.

In an article for The Sunday Times, he wrote:

“All our MPs have done is upheld our British values, to speak out and shine a spotlight on those who have no voice. Values and beliefs voted for and supported by the majority of the British population.”

The MPs who have come under China’s sanctions have been offered security protection by the intelligence agencies, with officials with the National Cyber Security Centre monitoring their email and computers for potential cyberattacks.

One MP was quoted as saying:

“I assume the Chinese can read everything.”

In a separate move, the Home Office is expected to shortly publish an espionage bill rendering it easier to expel Chinese spies from the UK.

The forthcoming legislation, according to security chiefs, will include a compulsory register of foreign spies in the country, writes the publication.

The 100-page review, titled Global Britain in a Competitive Age, branded Russia the 'biggest state-based threat' facing the UK, while China would be treated as a commercial 'competitor'.

“I think it is a hard problem, there have been some confusing signals... I think now we are realising that China is a huge competitor against the Western model, the first we've had since the end of the the Cold War, but at the same time on things like climate change, some sort of relationship is needed with China… But I think that we will be more cautious on technological dependence on China in the future," the former head of cyber security at GCHQ told Times Radio.

US to Hold Classified War Game to Respond to 'Aggressive Action' by China, Russia, Reports Say