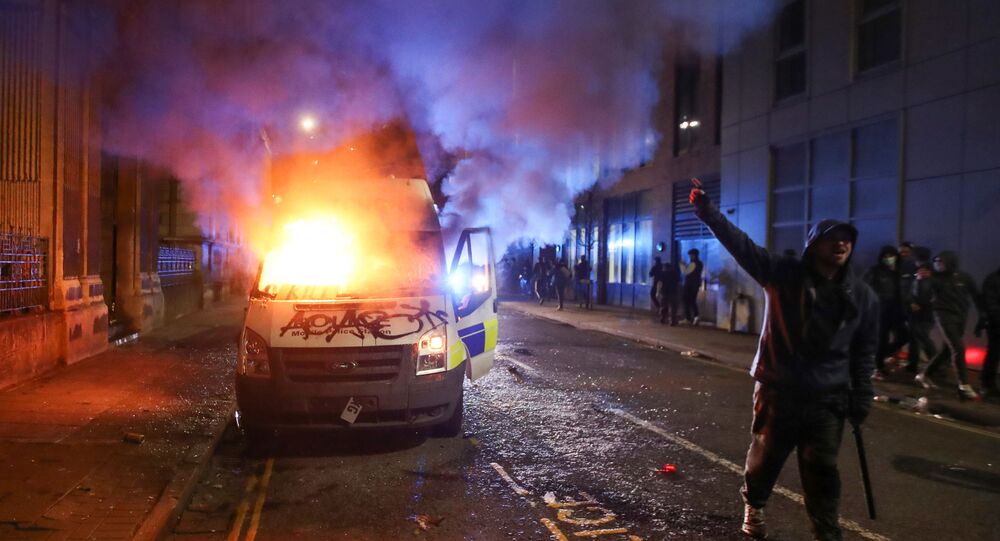 MOSCOW (Sputnik) - UK Prime Minister Boris Johnson on Saturday reaffirmed his full support for the police that were attacked with bricks and bottles during another violent protest in Bristol.

On Friday, Bristol saw the third protest against a bill that would give law enforcement more powers to restrict demonstrations. Demonstrators hurled rocks and glass bottles at officers and also launched fireworks at the mounted section. A police horse was sprayed with paint. Ten people were arrested.

Johnson took to Twitter to express his attitude to the clashes between police and protesters in Bristol.

A second protest was held on Tuesday and also involved arrests. The top UK leadership strongly condemned the riots in Bristol.