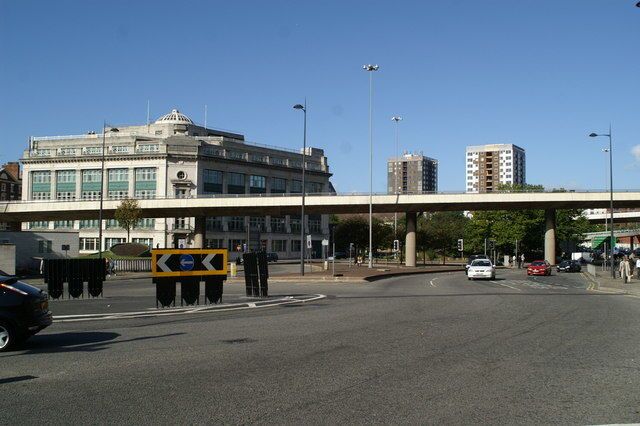 Then-mayor Joe Anderson and his son David were arrested in December, along with former council deputy leader Derek Hatton and two others, after a three-month police investigation into bribery and witness intimidation around council contracts. None have yet been charged.

Liverpool Council awarded a major demolition contract to the son of former mayor Joe Anderson — despite his firm allegedly having no background in the safety-critical work.

That was one of the findings of Max Caller's report into Liverpool City Council that prompted Local Government Minister Robert Jenrick to appoint external commissioners to take over the administration earlier this week.

"SSC had no previous relationship with the council or the Highways team or their professional technical consultants," the Caller report read.

"Not only was this in contravention of the Construction Design Management regulation but also this action exposed the site teams to considerable Health and Safety risk," it added. "It also increased the commercial risk to the council of budget over run and additional compensation event claims."

David Anderson's Site Safety Consultants (SSC) firm won a council tender to oversee the demolition of the Churchill Way flyover in the city.

"I feel I am forced to comment at this point due to false accusations which are slanderous, unfounded, biased, tactical and politically motivated," he said. “I refute strongly the claims made regarding the experience, payments, contract and work facilitated by SSC on the dismantling of the Churchill Way Flyovers for Amey plc."

© CC BY-SA 2.0 / Andrew and Annemarie / Liverpool Docks - skyline
Anger as Labour Backs Tory Takeover of Liverpool Council After Mayor's Arrest
The report commissioned by the government after both men were arrested on suspicion of bribery and witness intimidation said workers were put in danger as his company  had no previous experience of working with the council’s highways department.

David Anderson said he was considering libel action over the report’s allegations, the Liverpool Echo reported.

None of those arrested have yet been charged.