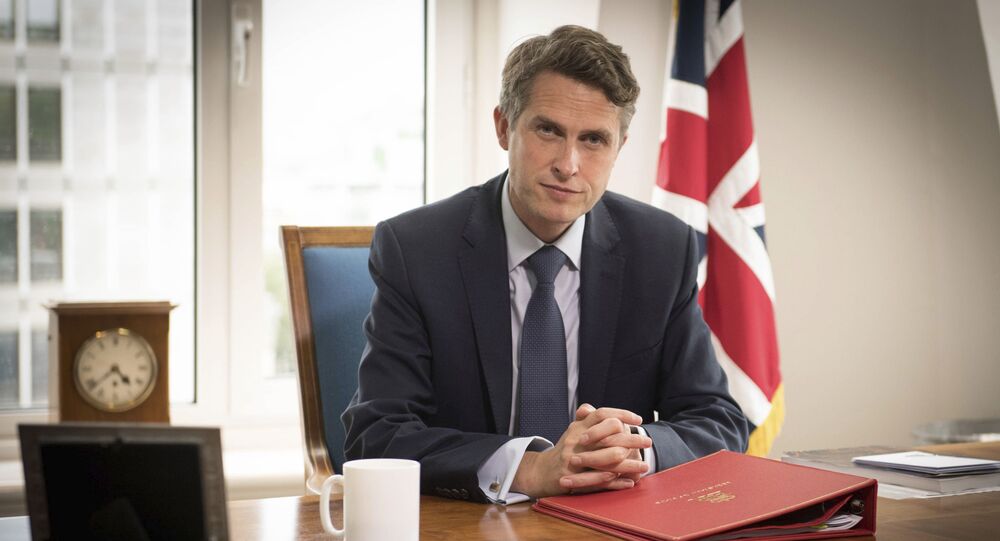 On Thursday, Batley Grammar School extended apologies as it suspended a teacher over the use of "a totally inappropriate resource" during a recent religious studies lesson.

UK Education Secretary Gavin Williamson's department has denounced parents' protests against a teacher allegedly showing a cartoon of the Prophet Muhammad in class as unacceptable.

The row took place at Batley Grammar School in West Yorkshire on Thursday, when angry Muslim parents protested outside the school building amid shouts of "get the head teacher".

A spokesperson for the Department for Education underscored in a statement on Friday that "it is never acceptable to threaten or intimidate teachers" and that the department encourages "dialogue between parents and schools when issues emerge".

"However, the nature of protest we have seen, including issuing threats and in violation of coronavirus restrictions, is completely unacceptable and must be brought to an end", the spokesperson pointed out.

Muslims are protesting outside Batley Grammar School in Yorkshire because a teacher has 'allegedly' used an 'inappropriate' resource during a lesson.

A mob of offended Muslim men have gathered outside the school chanting Allahu Akbar.

Are they there to intimidate or protest? pic.twitter.com/kouV4NlizO

They added that schools "are free to include a full range of issues, ideas, and materials in their curriculum, including where they are challenging or controversial, subject to their obligations to ensure political balance".

The spokesperson called for schools to promote "respect and tolerance between people of different faiths and beliefs, including in deciding which materials to use in the classroom".

The statement followed Batley Grammar School confirming the suspension of a teacher who showed a caricature of the Prophet Muhammad, also extending "sincere apologies" for using "a totally inappropriate resource in a recent religious studies lesson".

BREAKING: A protest at a school in Batley has broken out after an image of the Prophet Muhammad was shown in a Religious education class #Batley #Protest pic.twitter.com/2turk6JCsm

"It is important for children to learn about faiths and beliefs, but this must be done in a sensitive way. The member of staff has been suspended pending an independent formal investigation", headteacher Gary Kibble said, referring to his school's close cooperation with "the governing board and community leaders to help resolve this situation".

A West Yorkshire Police spokesman, in turn, stated that they are "aware of a small demonstration at the school" and that local neighbourhood officers were "in attendance" during the incident. There had been no arrests or fines issued for breaches of the COVID-19 restrictions during protests, according to police.

© CC0
UK School Teacher Suspended for ‘Showing Pupils Cartoons of Prophet Muhammad’ During Religion Class
The developments come after French teacher Samuel Paty was beheaded by an 18-year-old man of Chechen origin on the outskirts of Paris in October 2020 following him showing cartoons of the Prophet Muhammad to his students, apparently prompting outrage among some Muslim parents. The killer was shot dead by police the same day.

During a subsequent commemoration ceremony for the teacher President Emmanuel Macron pledged that France would never renounce caricatures and would further defend freedom of speech.