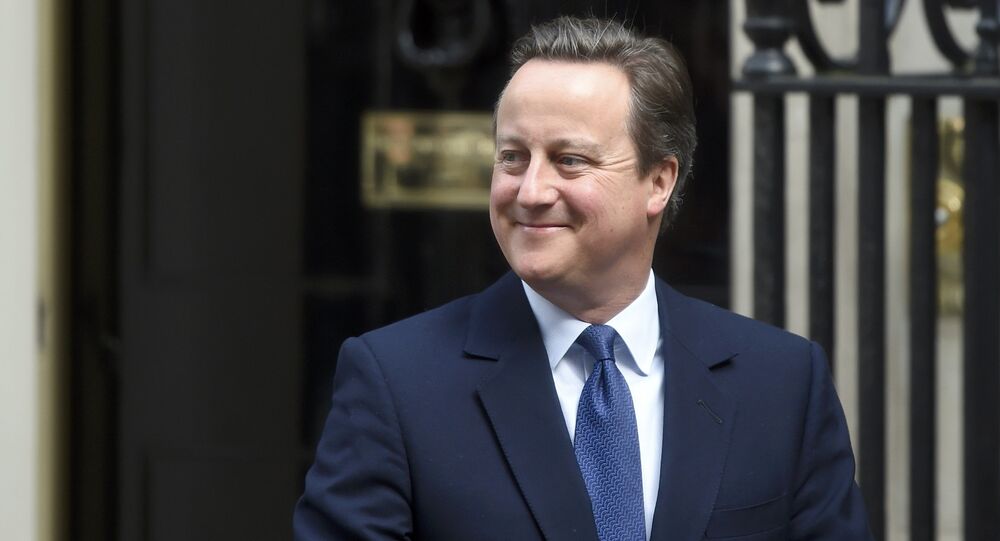 If found guilty of breaching lobbying laws, David Cameron may face a $10,276 fine or even criminal prosecution.

Former UK Prime Minister David Cameron is being formally investigated over his alleged efforts to lobby government officials on behalf of Greensill Capital, a key financial backer of Britain's third-largest steelmaker Liberty Steel, The Times reported on Thursday. Cameron became an adviser to Greensill Capital in 2018.

An official investigation into Cameron's actions has been confirmed by a spokesman for Harry Rich, the registrar who polices the lobbying rules.

The Times quoted the spokesman as saying "the registrar is investigating whether David Cameron has engaged in unregistered consultant lobbying".

The newspaper added that the ex-UK prime minister is expected to respond by insisting that he was a Greensill employee and that his actions were "outside the scope of the law" and in line with a guidance by Britain's Register of Consultant Lobbyists.

The guidance stipulates that those who lobby on behalf of their own organisation do not need to declare themselves on the register.

The investigation comes after the former British prime minister was accused of lobbying Westminster on behalf of Greensill Capital in order to secure the company's access to the loan schemes offered by the government to alleviate pressure on businesses.

A spokesperson for UK Prime Minister Boris Johnson, in turn, insisted that the Treasury reviewed Cameron's request but decided not to support it.

"[The] Treasury considered the representation made by the company with proper and due process and a decision was taken not to provide the support request by the company", the spokesperson pointed out.

Labour Shadow Chancellor Anneliese Dodds reacted to the reports of Cameron's involvement by tweeting that "the government must leave no stone unturned with a full and thorough investigation". She also lambasted the fact that Greensill Capital was given open access to the Treasury.