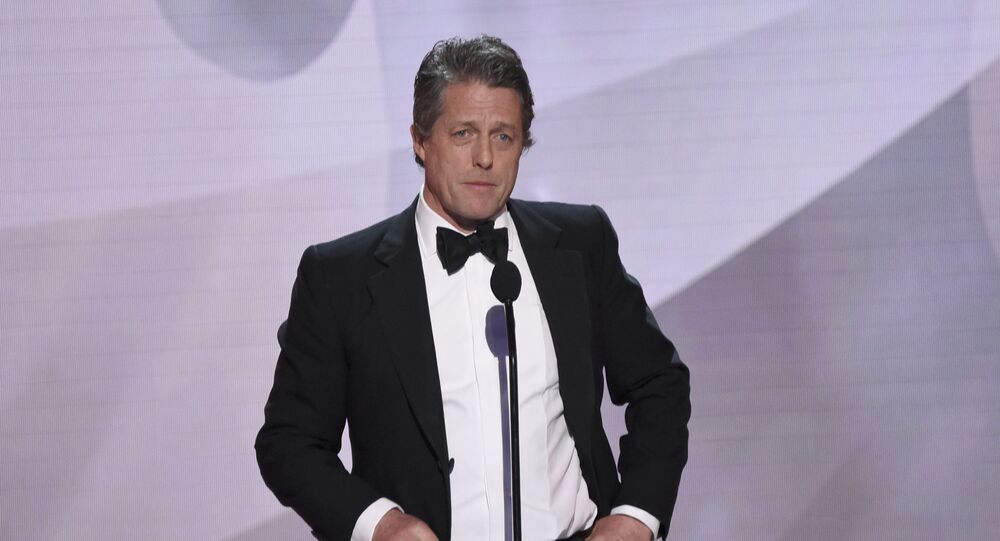 Concerns have been raised by anti-corruption watchdogs after companies with close ties to British officials were awarded lucrative contracts during the pandemic. The Prime Minister himself has been subject to criticism over the costly improvements made to his official residence at Downing Street.

Hollywood star Hugh Grant has accused Boris Johnson's government of exploiting the coronavirus pandemic. The 60-year-old shared an article about a local IT business Softcat, which received $22.2 million of commissions from various government agencies. The business's present and former directors have ties to the ruling Conservative party. Commenting on the story Grant wrote that the government is engaged in cronyism.

Always heartwarming to watch this government exploit a pandemic to enrich their friends and donors. https://t.co/Uvxg5XavWI

​The Hollywood star is no stranger to criticising UK authorities, including such high-profile figures as the Secretary of State for Health and Social Care, Matt Hancock, Foreign Secretary, Dominic Raab, and even the Prime Minister, Boris Johnson, all of whom Grant lambasted for their handling of the coronavirus outbreak in the United Kingdom. During the run-up to the 2019 UK general election, the actor campaigned for tactical voting to prevent the Conservative party from gaining a majority as well as to prevent Brexit.

Concerns have been raised by local anti-corruption activists over contracts awarded by the government during the pandemic. According to the New York Times, about half of the $22 billion contracts on personal protective equipment, coronavirus tests, ventilators and other medical equipment were awarded to companies run by friends or associates of Conservative MPs.

Around $6 billion went to companies which had no experience in medical devices or equipment, and more than $5 billion went to firms which had a controversial past – from tax avoidance to corruption and human rights abuses. Several companies were linked to the country’s Health Secretary Matt Hancock.

According to the New York times, an investment firm Ayanda Capital delivered 50 million masks worth more than $200 million, which could not be used, because they didn’t meet government requirements. The company’s spokesman dismissed the claim.

Besides accusations of cronyism the government of Boris Johnson is facing harsh criticism for the handling of the coronavirus pandemic with opponents claiming it contributed to the country’s big death toll – the highest in Europe and fifth-largest in the world. Johnson is himself under fire for the expensive makeover of his residence at Downing Street, which reportedly cost more than $83,000.