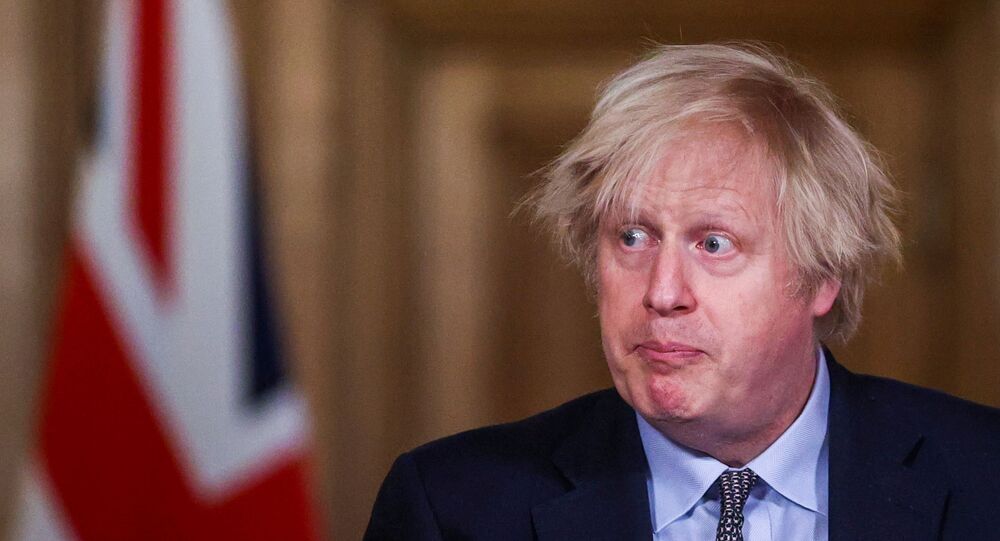 Reports claim that British Prime Minister Boris Johnson has offered to "share" some UK coronavirus jabs with the EU to boost the latter's ailing immunisation programme and avert another escalation of an ongoing vaccine war with Brussels. But details of his calls to Euro-leaders were not released.

10 Downing Street has suggested phone calls between Prime Minister Boris Johnson and foreign leaders may not be routinely announced, according to The Guardian report.

Speculation was sparked by comments from Johnson's staff following a series of calls he made to heads of state in the European Union (EU) on Sunday that were not immediately reported to the media.

Asked about the apparent secrecy of the conversations, a Johnson spokesperson said he did not “have anything to set out today in terms of calls.”

According to the report, however, Johnson sought assurances from German Chancellor Angela Merkel and French President Emanuel Macron that supplies of COVID-19 vaccines and components for their production in the UK would not be affected by the ongoing 'Vaccine War' claimed to have been launched by European Commission President Ursula von der Leyen.

© REUTERS / DADO RUVIC
‘We Have the Option of Banning Planned Export’: EU Chief Warns AstraZeneca Amid Vaccine Spat
A Downing Street source told The Guardian that Johnson had offered to "share" with the EU some of the 100 million doses of the UK-developed AstraZeneca jab that it has ordered from the Anglo-Swedish pharma giant to help speed up its snail's-pace vaccine rollout to its 445 million inhabitants.

“The PM regularly speaks to the EU and European leaders as he did last week and over the weekend,” a Number 10 spokesperson said, while Johnson's press secretary, Allegra Stratton, said future calls would be disclosed only if “a decision is taken”.

The EU has threatened to block exports to post-Brexit Britain as the latter continues to immunise its population at four times the rate of the bloc. On Saturday, the UK gave a record 844,000 jabs, while on Monday, the number of first doses topped 28 million, despite Brussels' threats of a blockade.

AstraZeneca Reportedly Postpones Vaccine Delivery to Italy Until Next Week