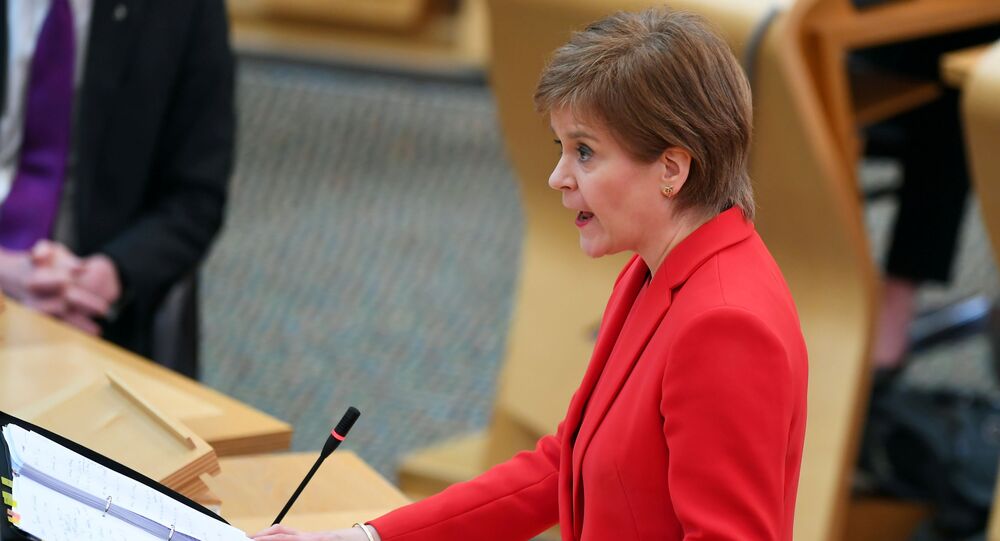 On Monday, James Hamilton, the Scottish government's independent standards adviser, said that First Minister Nicola Sturgeon had not violated the ministerial code in her handling of sexual misconduct allegations against her predecessor Alex Salmond.

Scottish parliamentary committee members have stated that First Minister Nicola Sturgeon misled them over evidence related to her handling of sexual harassment complaints, which is a breach of the ministerial code of conduct, UK media reports said.

This comes after the Scottish government's independent standards adviser James Hamilton said he didn’t find that Sturgeon broke the ministerial code in her handling of sexual misconduct allegations against her predecessor Alex Salmond.

"I am of the opinion that the First Minister did not breach the provisions of the ministerial code in respect of any of these matters”, Hamilton wrote.

Sturgeon, for her part, said on Monday she was “happy” that the findings of Hamilton’s report clear her of any breach of the ministerial code.

"As I have previously made clear, I did not consider that I had broken the code, but these findings are official, definitive, and independent adjudication of that”, the first minister stressed.

She added that ahead of the report’s publication, Scottish opposition politicians had underscored the importance of “respecting and accepting the outcome of Mr Hamilton's independent inquiry, and I committed wholeheartedly to doing so”. According to Sturgeon, “now that he has reported, it is incumbent on them [opposition politicians] to do likewise”.

The remarks come a few weeks after Sturgeon provided evidence regarding her alleged role in the Scottish Parliament's investigation into sexual assault allegations made against Salmond by two female civil servants in 2018.

© REUTERS / POOL
Scotland's Sturgeon Slams Salmond for ‘Wild, Untrue & Baseless Claims’ About Conspiracy Against Him
The 66-year-old former first minister was ultimately acquitted of charges made by the women in a criminal trial at the Edinburgh High Court in March 2020.

Alex Salmond was Scotland's first minister and Scottish National Party leader before Sturgeon. His deputy took over after the 2014 independence referendum, during which Scotland voted to remain in the UK by 55% to 45%.