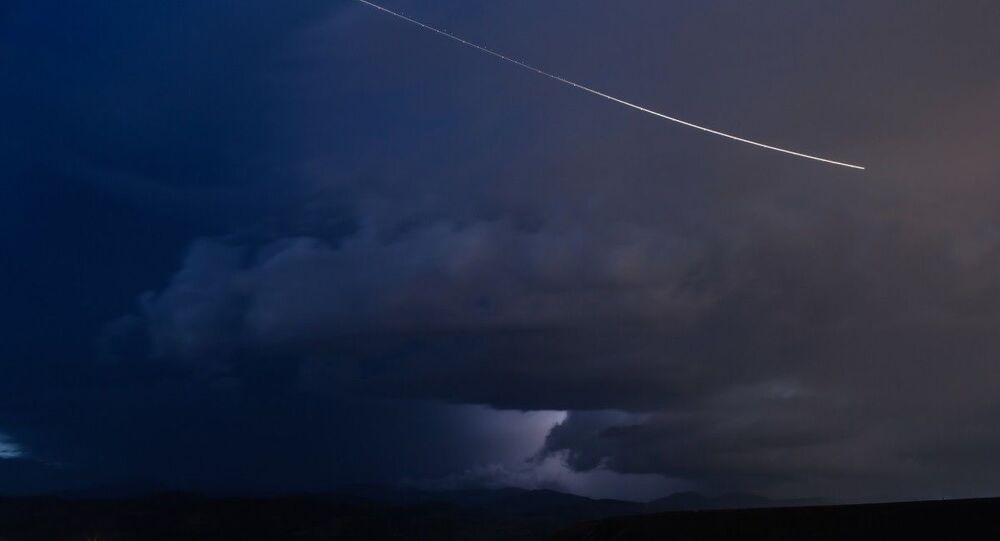 While one person in Exminster reported seeing a "strange-looking aircraft in the sky", a suspected meteor was also spotted on that day streaking across the sky over Jersey.

Residents of Devon, England have reported hearing a loud bang on 20 March that may or may not have been caused by a meteor, Devon Live reports.

According to the media outlet, the sonic boom was heard in the afternoon, with people "across the South West" also reporting hearing it.

While the exact cause of this phenomenon wasn’t immediately clear, some named a meteor entering Earth’s atmosphere as a likely culprit.

That theory was bolstered by a dash-cam video of a possible meteor streaking across the sky over Jersey, that emerged online.

Possible candidate for the sonic boom over SW England is this possible meteor spotted over Jersey C.I. https://t.co/6hOPgurOli

​The media outlet points out, however, that George Thorpe in Exminster told them that after hearing the sonic boom, he "saw a strange-looking aircraft in the sky" about "30-40 minutes later".

"Couldn't get pic because it was too cloudy and it was gone pretty quick, but looked capable of breaking the sound barrier," he said.