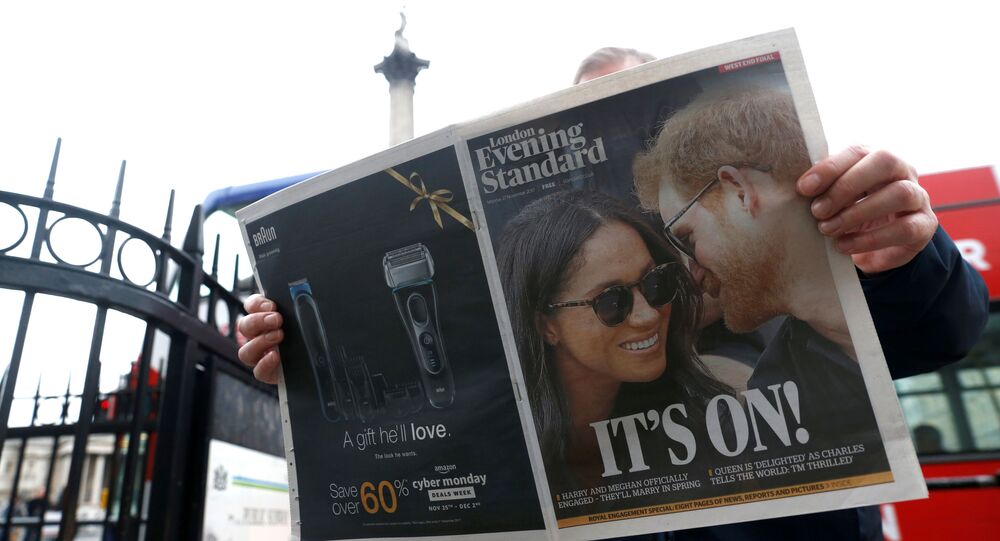 Oprah Winfrey's recent interview with Prince Harry and Meghan Markle caused a clamour across the pond. During the talk, the Sussexes revealed there were some “concerns” about the skin tone of their unborn son coming from some unnamed senior royals.

Following the bombshell talk, which aired in the US on 7 March and a day later in the UK, the royal family issued a statement saying that it was “saddened” to learn about the couple’s struggles in the UK.

"The issues raised, particularly that of race, are concerning. While some recollections may vary, they are taken very seriously and will be addressed by the family privately,” the palace famously stated.

But royal expert Robert Jobson suggests that the statement, although coming directly from the Queen, was largely manufactured by her son and direct heir to the throne Prince Charles:

"I think the Prince of Wales has also taken the lead on how the Palace has responded,” the expert wrote, as quoted by the Mirror, a UK tabloid.

"The Queen is 94 and the Duke of Edinburgh is incapacitated, so he will be trying to placate and learn lessons from this so something can be worked out to everyone's satisfaction,” Jobson argues.

At the time of the interview, Prince Philip has remained in hospital for over two weeks to get treated for an infection and undergo heart surgery. He has recently been dismissed from medical facility to go back to Windsor Castle.

Royals have not personally commented on the claims made during the Oprah show - including that some unnamed royals questioned the skin tone of the Sussexes’ son Archie before he was born – but Prince William told reporters shortly after the interview went on air that his family was “very much not racist”.

Both Prince Charles and Prince William are now believed to have talked to Harry over the phone, but the talks have been described as “unproductive” by the Sussexes’ friend.

According to Jobson, however, “the royal family like to do things as a team, and if the team is being trashed they like to react as a unit and a family".

Some other contradictory claims made during the interview included Meghan Markle’s assurances that she was denied psychological help dealing with her suicidal thoughts while at the palace or that she had been virtually trapped in the royal household for four months with no passport or chance to get out.