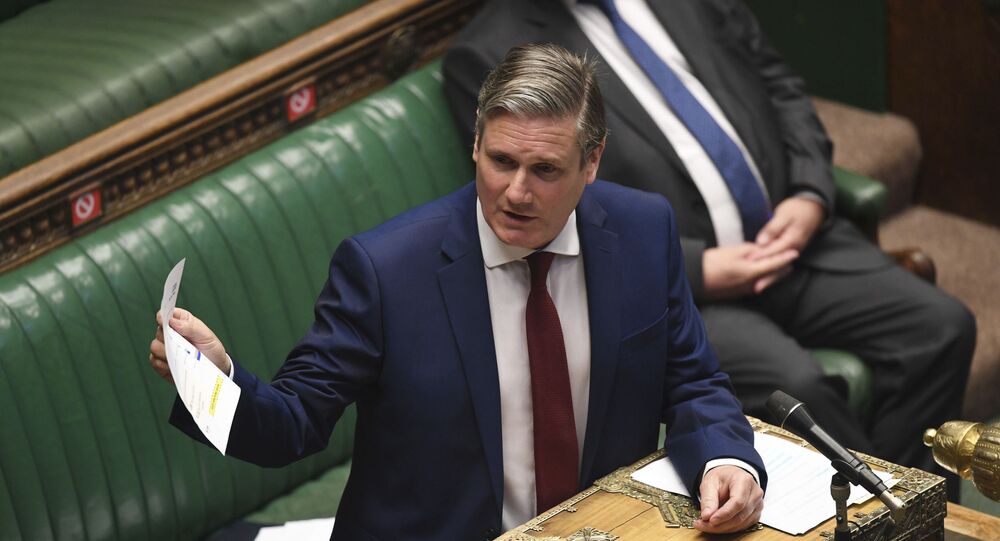 The United Kingdom is set to vote in local elections in May this year, the first major vote since the beginning of the coronavirus pandemic. The opposition Labour Party is hoping to capitalise on the government's initial failings, while the Tories are hoping to receive a vindication of the rapid vaccination rollout.

Sir Keir Starmer has acknowledged that the Labour Party is facing an uphill struggle in the run-up to the local elections this year.

The Labour leader said that the Conservative government is experiencing a "very significant" vaccine bounce in public support amid the rapid inoculation rollout.

"Those polls have bounced around - in the autumn they were telling a different story", Sir Keir told Sky News on Thursday.

"I think there's undoubtedly a vaccine bounce for the government."

Sir Keir Starmer admits to @BethRigby that the success of the #COVID19 vaccine rollout is benefiting the Conservatives in the run-up to local elections.

"That was real incompetence, real slowness and, tragically, we had a second wave where there were more deaths than the first wave."

Sir Keir, who recently received the jab himself, highlighted the "vaccine rollout" and stressed that the national programme "is going well and that's a good thing and we're completely supportive of that".

"I think there's undoubtedly a vaccine bounce for the government."

When asked if Labour was heading into the May local elections from a point of disadvantage, he admitted that the ongoing pandemic "makes ordinary politics much more difficult".

The opposition leader stressed that he wanted the programme to succeed, adding that if it "rolls out quicker and more efficiently than anywhere else that is a good thing and I hugely support it".

"But does it lead to a vaccine bounce in the polls? I think it does. It may not be the only reason but it's very significant."

This comes ahead of the Scottish Holyrood elections, where he confessed that Labour's new Scottish leader, Anas Sarwar, is facing a "challenge" in reviving the once-dominant party's standing in the country.

"We've got a mountain to climb, I accept that, but Scotland is very important to me and the Labour Party," Sir Keir said.

Sir Keir said he would like to "improve" the party's position in Scotland at the Scottish Parliament elections in May from the party's current 23 MSPs.

"We want to improve, we're fighting for every vote, we're already seeing the polls move a bit positively for us, let that continue," he said.

BREAKING: Conservatives are now 13pts ahead of Labour.

​Nearly 40 million people will take part in the 6 May poll across England, Scotland and Wales. Despite seeing a surge following Sir Keir's ascension to the party leadership last year, the Conservatives have risen in voter intention surveys in recent weeks, with Labour as far as 13 points behind the government according to one YouGov poll.

On whether Keir Starmer is doing well or badly: