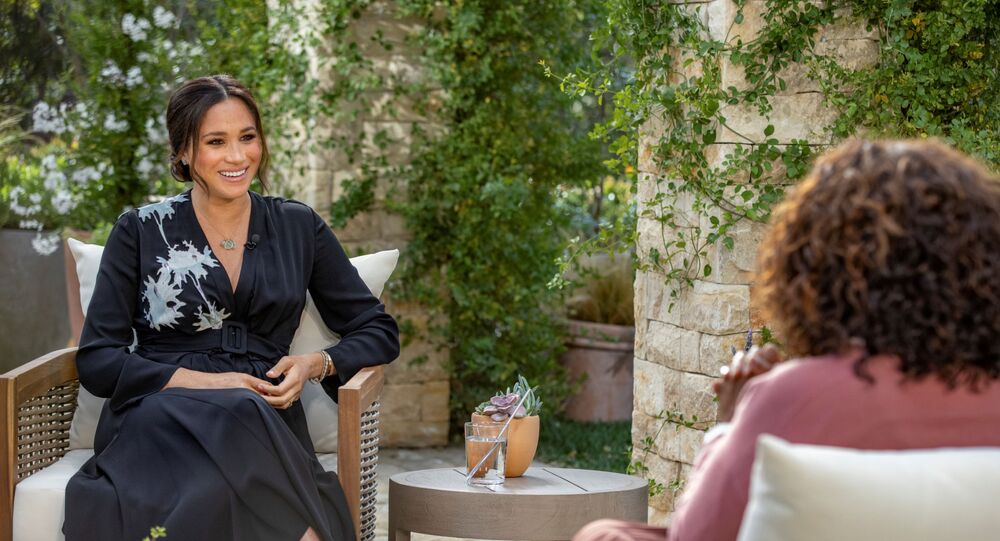 Prince Harry and his wife Meghan gave a tell-all interview to Oprah Winfrey this month that deepened the rift between the Sussexes and the royal family. But it turns out that the collateral damage does not end there: even an ordinary person - whose only crime is to be a spitting image of the rebellious duchess - has felt the sting of their feud.

Sarah Mhlanga, Meghan Markle's doppelganger whose latest source of income is to impersonate the Duchess of Sussex, has complained about being harassed after the scandalous Oprah Winfrey interview because of her uncanny resemblance to the royal figure.

The 38-year-old woman from north-west England told Closer magazine that she had been subject to hatred from strangers who shamed her for her trade.

"There are some people who feel like [Meghan is] waging a war on the royals, and people can't access Meghan so they're using me as their punchbag," she told the magazine.

Mhlanga is now afraid she will have to abandon her career.

"I love Meghan, but now, after this interview, I'm worried people won't want to hire me," she said as she revealed her worries to the periodical.

The woman, who started impersonating Markle professionally a month after Harry and Meghan got engaged in 2017, said that she had already encountered online shaming when the royal couple stepped down from their duties last year.

The drama in Buckingham Palace broke out in 2020 when Prince Harry and Meghan relinquished their royal duties and moved to the United States with their son Archie. This February, they confirmed their decision, which the Queen's grandson said was partly motivated by the mental health repercussions they suffered from the "toxic" UK press coverage.

Tensions increased after the two gave an interview to Oprah Winfrey, where they complained about the alleged hardships of being royal, which they said included "silencing" and "racism".