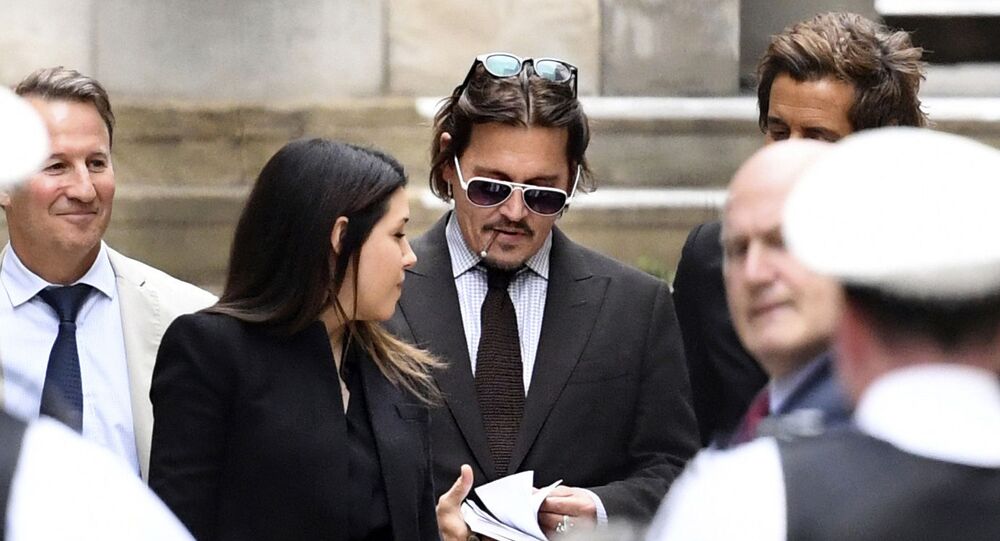 The Hollywood star sued News Group Newspapers (NGN) in 2018 after the tabloid printed an article with the following headline: "Gone Potty: How can JK Rowling be 'genuinely happy' casting wife beater Johnny Depp in the new Fantastic Beasts film?" After the court sided with NGN last July Depp was asked to step down from his role in the movie.

The UK Court of Appeals will hear Johnny Depp's appeal of the libel case against the publishers of the tabloid The Sun on 18 March. The case is based on his messy relationship with ex-wife Amber Heard, who accused Depp of domestic violence.

In the article Dan Wootton, The Sun's executive editor, wrote that there was "overwhelming evidence" that Depp was violent towards Heard and described the Hollywood star as a "wife-beater". High Court judge Andrew Nicol ruled that the claims in the article were "substantially true".

Nicol ruled that 12 of the 14 alleged incidents of domestic violence mentioned in the newspaper's article had occurred and highlighted three incidents in which he said Depp had put Heard in "fear for her life".

What Does Depp's Legal Team Say?

The actor's lawyer, David Sherborne, previously described the verdict as "perverse" and "flawed". He later said that Depp did not receive a fair trial. During last year's hearing, the legal team insisted that the actor's ex-wife, Amber Heard, was herself the perpetrator of domestic violence and presented evidence showing the actor with a severed finger and bruises, as well as an audio tape where Amber can be heard saying that she had hit Depp and started fights.

Depp's legal team said that a new trial should be held because judge Nicol "failed to examine the competing accounts" of the incidents he was presented with and didn't explain whether he "found them proved and, if so, on what basis".

The Hollywood star's lawyers maintain that the judge should have analysed "the extent to which Ms Heard's evidence undermined her credibility in relation to her allegations of physical assault".

For his part, Adam Wolanski, who represents NGN, argued that judge Nicol conducted a "painstaking analysis of evidence".

"There is no basis to conclude that the judge failed to examine the evidence or provide reasons for his findings", he said.

During today's hearing Depp's team will reportedly rely on new evidence that was not presented to the court last summer.
There has been no information on whether the actor himself or his ex-spouse will appear at the hearing.

Depp has a separate $50 million lawsuit against Amber Heard, whom he sued for defamation. Depp claims Heard's accusations of domestic abuse are an elaborate hoax to promote her career. He denies he was violent towards her and said she assaulted him on several occasions.

Amber Heard's Pledge to Give $7M to Charity Was a 'Sham', Depp's Legal Team Reportedly Claims